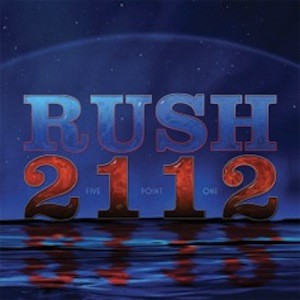 The deluxe editions contain a CD/DVD or CD/Blu-Ray material including the remastered 2112 CD with three live bonus tracks and a DVD or Blu-ray™ disc with a 5.1 surround sound audio mix and an interactive digital comic book, a new album cover by original album designer Hugh Syme, liner notes and unpublished photos. The super deluxe contains the CD/Blu-Ray and is meticulously assembled in a hardbound bookcase packed with a 40-page comic book representing every song on 2112.

Originally released in 1976, Rush’s epic, landmark release 2112 was their creative and commercial breakthrough as well as one of the band’s most highly regarded releases among both fans and critics alike. With lyrics written by Neil Peart, and influenced by author Ayn Rand, 2112 kicks off with the ambitious seven-suite title track (side one), set in a futuristic world run by the Priests of the Temples of Syrinx who regulate “every single facet of every life,” which includes books, music, work and play. 2112 conveys the story of humanity’s instinctual, inner need for one’s free will.

After the mythological journey through 2112, side two brings you back to the present and continues with five stand-alone tracks. From hard-rocking tracks such as A Passage to Bangkok,Lessons, and a trip to into the fourth dimension with The Twilight Zone, to the album’s soaring conclusion, Something For Nothing, 2112 is the album that ushered in the next stage in their continuing evolution as artists.

– Digital Comic Book – experience the comic book formatted for widescreen televisions during playback of the album.