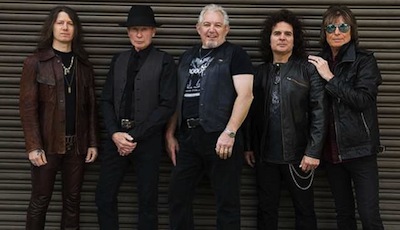 On February 20th in Germany, February 23rd in Europe and March 3rd in America, UFO will release their latest studio recording, their 22nd to date.

The album will be called A Conspiracy Of Stars, and the band consisting of Phil Mogg (vocals), Paul Raymond (keyboards, guitar), Vinnie Moore (guitar), Andy Parker (drums) and Rob De Luca (bass) have recorded almost a dozen fantastic new songs, produced and mixed in the Kentish town of Deal by Chris Tsangarides, renowned for his work with acts such as Judas Priest, Thin Lizzy and Gary Moore. A Conspiracy Of Stars will be available as a Digipak (including poster and bonus track), jewel case, vinyl double LP and for download.

More or less simultaneously with the release, UFO are scheduled to go on tour in February and March 2015, playing Germany, Poland, the Czech Republic, Lithuania and Switzerland, and more, followed by a tour of Britain and Ireland in April and May.

The band is already looking forward to the reactions to their latest release, “A Conspiracy Of Stars is another successful combination of those typical UFO elements with fresh, contemporary ideas. We’re confident that not only our longstanding supporters will get their money’s worth, but that younger rock fans will also enjoy the album. We look forward to seeing you on tour!” 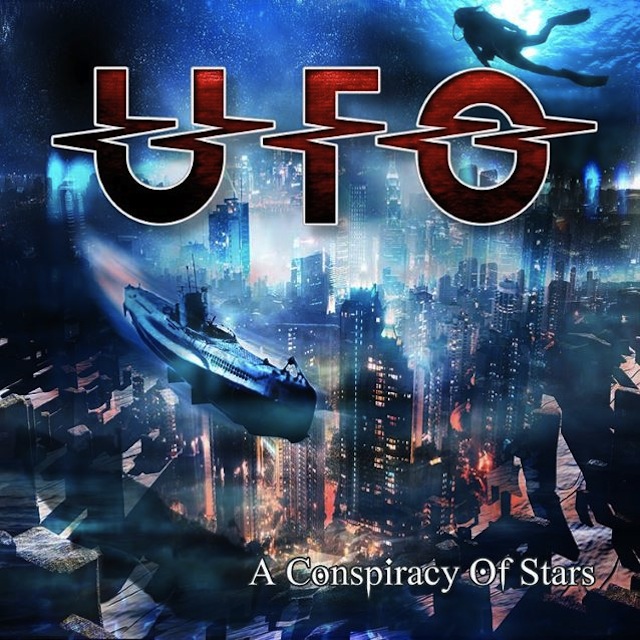