TRIUMPH “CLASSICS” TO BE RERELEASED AS A DOUBLE LP, PRESSED ON 180 GRAM SILVER VINYL. 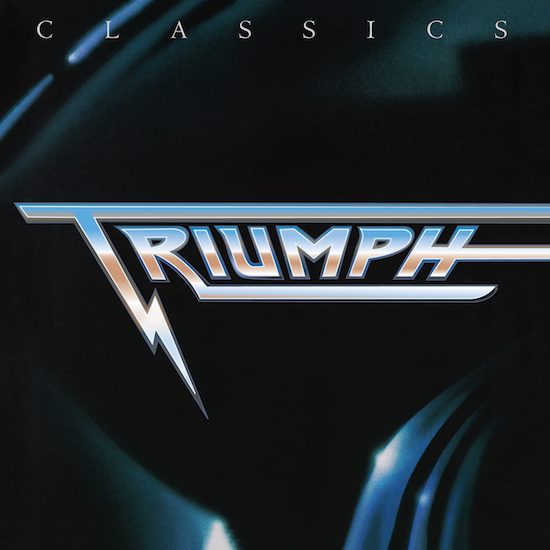 On December 13th, Triumph’s 13-track Classics will once again hit the racks (via Round Hill/Triumph Catalog), and all of the expected gems are included – Lay It on the Line, Magic Power, A World of Fantasy, Fight the Good Fight, and Hold On.

The album will also be available for preorder here.

“We are excited to showcase our career on the Classics reissue,” says the band. “It’s a beautiful package and sounds awesome.”

Comprised of drummer/vocalist Gil Moore, bassist/keyboardist Mike Levine, and guitarist/vocalist Rik Emmett, Triumph formed in 1975 (hailing from Mississauga, Ontario, Canada). With their unique blend of progressive rock, heavy metal and soaring melodies, the band enjoyed a string of rock radio and MTV hits, in the process scoring a string of gold and platinum-certified albums and selling out arenas, thrilling fans with their award-winning live shows.

And in December, rock fans will be reminded once again about the power that Triumph possessed – deep in the grooves of Classics.

BLACK STAR RIDERS’ SCOTT GORHAM ON THE POSSIBILITY OF A PHIL LYNOTT MOVIE, “IT HAS TO BE THE RIGHT SCRIPT…I’M NOT REALLY HOLDING MY BREATH” ›