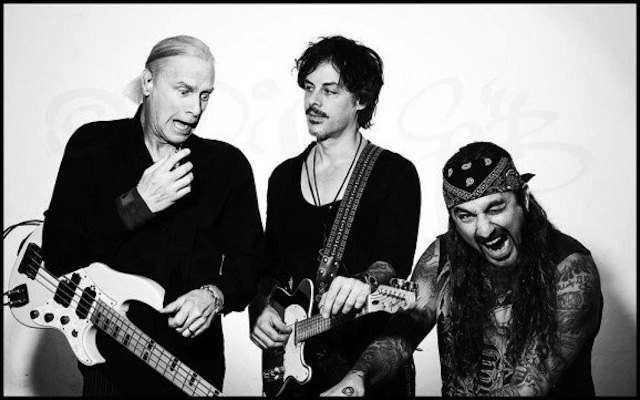 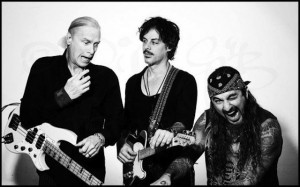 The Winery Dogs (Richie Kotzen-lead vocals/guitar, Mike Portnoy-drums, Billy Sheehan-bass) has entered a Los Angeles recording studio to start work on the follow-up to their debut album, which will be self-produced and released in North America this fall on Loud & Proud Records through RED (a division of Sony Music Entertainment) and in the rest of the world via earMUSIC. Details will be announced in the coming months, although fans are already getting news about the band’s fall U.S. tour, which is set to begin October 3rd in Ridgefield, CT at the Ridgefield Playhouse.

“I am thrilled to be back in the studio with Mike and Billy recording the second Winery Dogs record,” proclaims Richie Kotzen. “I mentioned in an interview months ago that I thought based on how we’ve grown as a band, that this record could expand creatively beyond what we did on record one. After only two weeks of recording, I am convinced this sentiment is true. I can’t wait to see where this all goes and share it with our listeners.”

“We are excited to unleash The Winery Dogs’ second album,” says Loud & Proud Owner and President Tom Lipsky. “The band took the world by storm with their debut album; fans went crazy and musicians and critics voiced their respect. The new album is going to take them to another level, and we are proud to be part of that journey.”

On April 15th, 2014, The Winery Dogs released their self-titled, self-produced and critically acclaimed debut album in North America on Loud & Proud Records as two very special editions. The Winery Dogs Special Edition is comprised of two-CDs. Disc 1 is the standard album and Disc 2 is entitled Unleashed In Japan 2013, comprised of 10 songs recorded live in Japan during their July ’13 tour, including Criminal, a track previously unavailable in the U.S., along with a 16-page booklet of live photos and lyrics. Unleashed In Japan 2013 is also available as a stand-alone digital album. Dog Treats: The Winery Dogs Deluxe Special Edition, a limited edition release, is being sold in a box resembling a box of dog treats, and includes the special edition collection of music, a DVD featuring four music videos and interview footage, demos from the original recording sessions, a “studio diary” written by Mike Portnoy, as well as some unique merchandise unavailable elsewhere.

Winery Dogs on the web:

BUCKCHERRY TO RELEASE “ROCK N’ ROLL” ON AUGUST 21ST, RELEASE VIDEO FOR NEW SINGLE “BRING IT ON BACK” ›