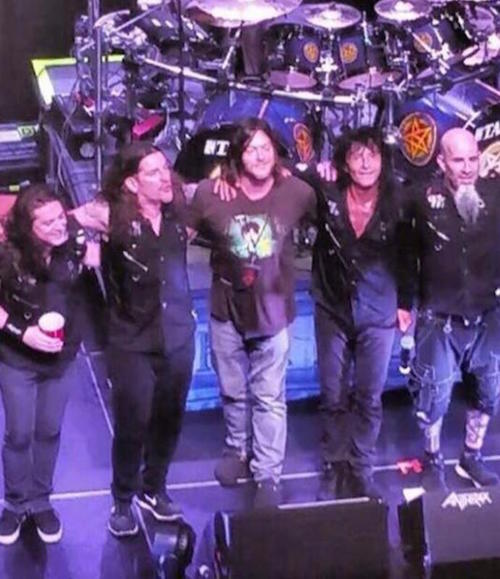 Actor Norman Reedus, better known as Daryl Dixon on The Walking Dead, joined Anthrax on stage last night at the Tabernacle in Atlanta, jamming on guitar during the band’s classic Indians. Anthrax’s Frank Bello and Scott Ian are both huge fans of the show – in 2015, Ian appeared in an episode playing one of the zombies, and unfortunately met a horrible demise with a metal pole through his head.

Before last night’s show, Bello and Ian dropped by The Walking Dead set, hanging out with Reedus and the show’s director/special effects artist Greg Nicotero.

Anthrax is current on tour with Slayer and Death Angel, upcoming dates are below. 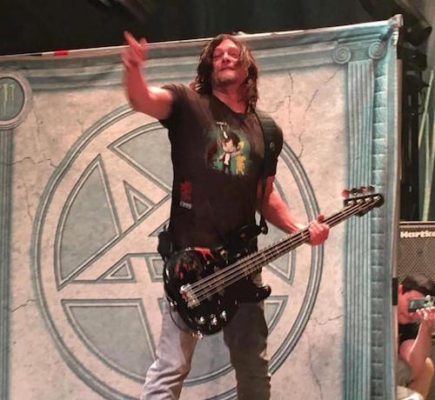