THE METAL GOD, ROB HALFORD, SAYS HE WOULD LOVE FOR JUDAS PRIEST AND IRON MAIDEN TO TOUR TOGETHER “BEFORE WE ALL DIE” 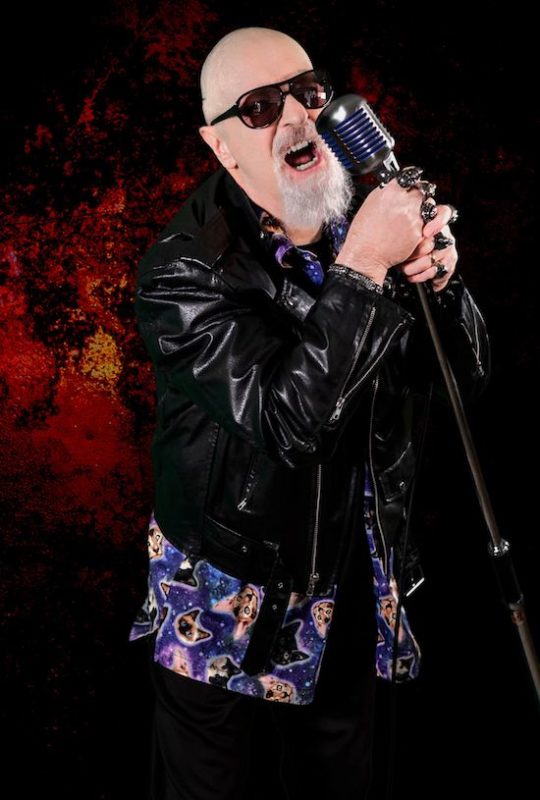 When Metallica, Slayer, Megadeth, and Anthrax came together for a series of shows as The Big 4 of thrash, it made heavy metal history. Rob Halford told us he was hoping to do the same for the giants of UK metal…

…At one point we brought up recent comments by Judas Priest bassist Ian Hill, who told Audio Ink Radio that he’d like to see Priest and Iron Maiden tour together “before some of us die.”

…“I think both bands would look to do that,” Halford told us. “It’s all about the timing of doing such a thing. We’re good friends.”

Halford, who has a home in Arizona, added, “When we talk about rivalry, healthy rivalry, it’s like the Arizona Cardinals and the Raiders or the Phoenix Suns and Golden State Warriors. It’s that kind of rivalry, a good rivalry. It’s a fun rivalry. But I think both bands have admired each other throughout the metal years, and it would be a spectacular event — Priest and Iron Maiden together.”

The Priest singer actually had grander aspirations at one time, hoping to mimic The Big 4 thrash shows with four of the biggest UK metal acts.

“My dream had always been to have like The Big 4 of the UK, without turning this into a kind of depressing way,” Halford remarked. “I’d always dreamed of Black Sabbath and Motörhead and Priest and Maiden as The Big 4 doing something in the UK.”

The vocalist went on to lament the passing of Motörhead’s Lemmy Kilmister and the retirement of Sabbath, saying, “Sadly, two-fourths of that has gone, but the music lives forever. That’s the main thing.”

But when it comes to Priest and Maiden touring together, Halford echoed bandmate Hill’s sentiments, exclaiming, “Please, before we all die.”

Read more at Consequence Of Sound.

In other Metal God news, the singer released his Christmas album,  Celestial, on October 18th and his autobiography, Confess is expected to be released in October of next year.

‹ KISS’ MANAGER SAYS HE WOULD LIKE ALL PREVIOUS MEMBERS OF THE BAND TO BE PART OF THEIR FINAL SHOW, SAYS HE HAS CONTACTED BOTH ACE FREHLEY AND PETER CRISS