Clarke, the 2011 Open champion, has agreed a three-year deal at the unique and modern non-members’ facility, which is located in the heart of the Severn Valley, Shropshire.

“This is a fantastic opportunity for me to be involved in the transformation of The Astbury into one of the great inland courses and all the other development aspirations they have,” said the Northern Irishman, winner of more than 20 titles worldwide.

Clarke, who will wear The Astbury’s logo on his left sleeve and attend selected events at the venue, added: “It is only going to get better and better with Kenny’s eye for detail.”

Downing, a lifelong golf fan, designed the championship layout having played some of the world’s finest courses while touring with Judas Priest, who have sold more than 40 million records globally.

“I usually let my guitar do the talking but the agreement with Darren, one of the world’s most recognisable golfers, is crucial in helping The Astbury become the international destination it deserves to be,” said West Bromwich-born Downing, who became one of the leading guitarists in the world after being mesmerised by the legendary sounds of Jimi Hendrix, John Mayall and Eric Clapton as a teenager.

“I have been totally engrossed by the project ever since I put down my plectrum and picked up a pitch mark repairer. I am determined to create the biggest, best and most futuristic spa in Britain. We are also hoping to build a Darren Clarke village along with holiday homes on the premises. It is a very exciting time in my life.”

The par-71 course was opened in 2010 and measures more than 6,500 yards. It has hosted several professional tournaments, including a PGA EUROPRO tour event which was featured on Sky Sports and will take place again in 2014. 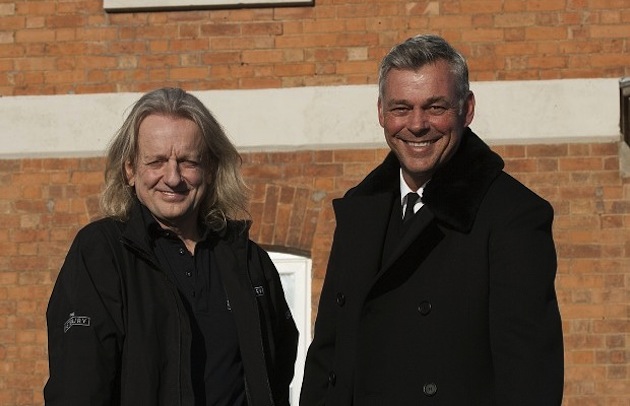 1/8: SEE THAT METAL SHOW IN HD ON PALLADIA THIS WEEKEND, SCHEDULE POSTED! ›