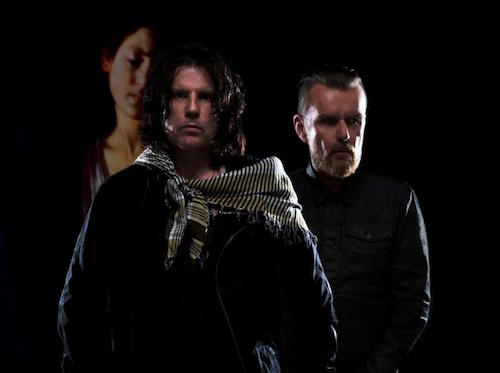 The Cult have announced a wide array of summer tour dates including four upcoming stadium shows with Guns N’ Roses, as well as festivals and their own headlining concerts. The iconic band–founding singer Ian Astbury and guitarist Billy Duffy along with bassist Grant Fitzpatrick, drummer John Tempesta and keyboardist/rhythm guitarist Damon Fox–is on the road now in support of this year’s Hidden City album.

Hidden City is their 10th studio album and the final chapter of the band’s trilogy of releases which began with 2007’s Born Into This then 2012’s Choice of Weapon. The album has already produced three singles: Hinterland, Dark Energy and Deeply Ordered Chaos.

Of the album and its first single, Astbury told Billboard.com, “Hinterland is a place both real and imagined, a hidden city symbolic of a new Rome. Through the eyes of several witnesses we observe a young woman as she realizes her enlightened self in a dystopian dream world. Hinterland is filled with symbolism, reflecting a new aeon in the shift of human consciousness as we realign with our planet’s natural rhythms.”

The Cult continue to evolve and do things in their own style. Not tethered to the latest hit single or trend. They are a way of life, an ethos. Adventurers more than careerists. As Astbury eloquently puts it, “Our post-modern roots have kept the creative process vibrant, and we continue to evolve.”

Duffy says, “Like all Cult albums–since Ian and I began writing together–we try our best to honestly reflect what we are feeling, doing and listening to. Hidden City is no exception and I’m thrilled to have had a creative part in such a critically acclaimed–but, more importantly–Cult-fan-acclaimed album. The dialogue between us all continues…”

Of the new album, Mojo said it’s “Some of the fiercest, nastiest, most powerful – and also starkly beautiful – music of their career…The album’s extraordinary howls of pain and anger, its dramatic apocalyptic visions and quiet interrogations of the meaning of life and death, align perfectly with the times.”

The Cult with Guns N’ Roses:

‹ ON THE EVE OF MIKE PIAZZA’S INDUCTION INTO THE BASEBALL HALL OF FAME, EDDIE TRUNK REFLECTS ON THE PAIR’S FRIENDSHIP AND LOVE OF HEAVY METAL