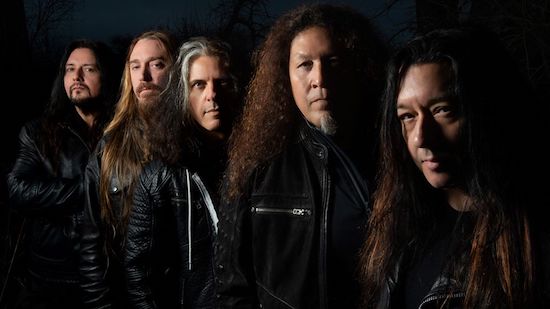 Testament have released a new single titled, Children Of The Next Level. which is from their forthcoming studio album, Titans Of Creation, which will be released on Nuclear Blast Records on April 3rd.

Frontman Chuck Billy says, “To all our Testament Legions out there… we hope you have been playing the s–t out of our first single Night Of The Witch and are ready for our second release Children Of The Next Level.

I know we are ready to play it live, so March 6th we are going to debut it for our fans attending the show at the O2 Academy in London. We are going to ask them to pull out there cameras and put up videos for everyone to enjoy and thrash it up.”

Listen to Children Of The Next Level, here and Night Of The Witch, here.

FORMER QUEENSRŸCHE SINGER GEOFF TATE SAYS HE IS NOT SURE THAT THE BAND WILL EVER REUNITE FOR LIVE SHOWS, STATING [FORMER DRUMMER] SCOTT [ROCKENFIELD] “[HAS] A LOT OF MEDICAL PROBLEMS” ›