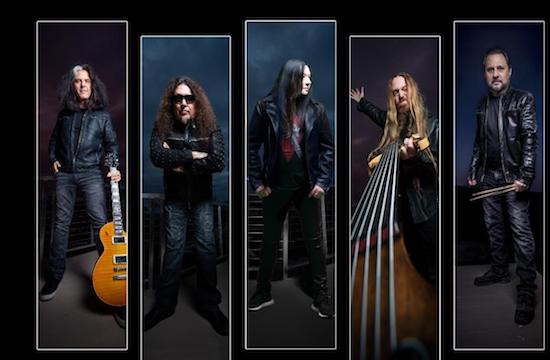 In celebration of the return of drummer Dave Lombardo and live concerts returning – Testament announces the second leg of the unrelenting and legendary Bay Strikes Back Tour lineup featuring Testament with Exodus and Special Guests Death Angel.

“We’ve all been having a killer time playing a lot of sold out shows for die hard metal fans across the US and we wanna keep the party rolling,” states Chuck Billy of Testament.

Eric Peterson adds, We’re so excited to do a second leg of Bay Strikes Back Tour into Canada- Its been a ling time coming and now things are starting to gel with Dave. We will be adding some newer songs and some older ones too into the set METAL.”

“This tour has been so raging, so crushing, what do we do to follow it up? We do it again. Exodus will be joining Testament and Death Angel for another round of The Bay Strikes Back Tour in the US. Hitting some major markets and also Canada! More Brutality on tap for all, come join the violence.”  says Gary Holt of Exodus.

“I can’t begin to tell all of you how excited Death Angel is that this AMAZING tour has been extended with a second leg of North American dates. Night after night all three bands see how amazing the crowd reactions have been and we as band members are also so appreciative that we’re back doing what we love doing most of all. Playing music and exchanging energy with the most passionate fans of all! Thrash Metal Fans! The Bay Strike Back Tour is extending it’s endless reach. See you on the road.” states Mark Osegueda of Death Angel.

No strangers to making their mark in heavy metal history. Testament’s very excited to bring this over the top, legendary lineup to more cities across North America !! Don’t miss the most epic lineup of any metal tour this Fall, The Bay Strikes Back Tour, and witness Dave Lombardo’s return to Testament.

Chuck Billy declares “I’ll state the obvious, We are more than overwhelmed to welcome back Dave Lombardo to play drums with Testament.  We are so excited to share the stage again with  Lombardo. Dave added immense power when he joined the band for The Gathering (release), and we are ecstatic to see what new flavor he will bring back to Testament.”

Dave Lombardo stated, “This is a long-awaited reunion that was bound to happen. Once upon a time, we created a thrash masterpiece. I have no doubt that our musical chemistry will pick up exactly where we left off. I love the Testament family and am very excited to be joining them once again. Pure brutality awaits.”

Eric Peterson expresses, “Having Dave Lombardo join us again feels like we are picking up where unfinished business had left off.  There is a silver lining to every cloud and working again with Dave calls for us to celebrate with our horns held high!”