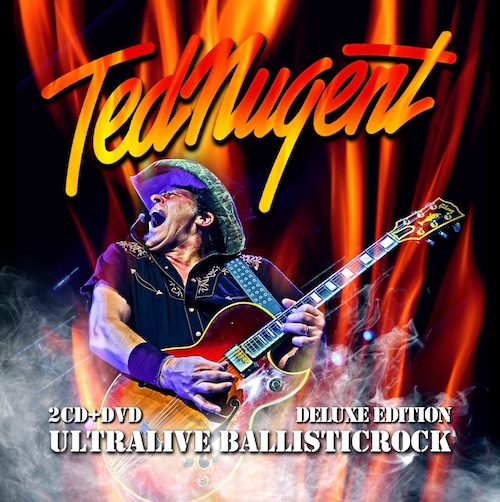 The lineup on the album consists of the legendary-and-still-raging Nugent on guitar and vocals, Derek St. Holmes (rhythm guitarist and the voice on Stranglehold) on guitar and vocals, Greg Smith (Rainbow) on bass and Mick Brown (Dokken) on drums. The set-list is killer (see below), packed with the songs that forever changed the face of rock, and the performances are razor sharp and electrifying, adding up to a sonic and visual extravaganza that’s not to be missed.

Says Nugent, “To be surrounded by such world-class passionate virtuosos is every musician’s dream and I live it every song, every concert, every night, every lick, every tsunami of soul sweat. You dogs deserve me!”

Tracklisting for the show here:

DVD/Blu-Ray Bonus Footage:
“Spirit of the Wild”
“The Making of Ultralive Ballisticrock”