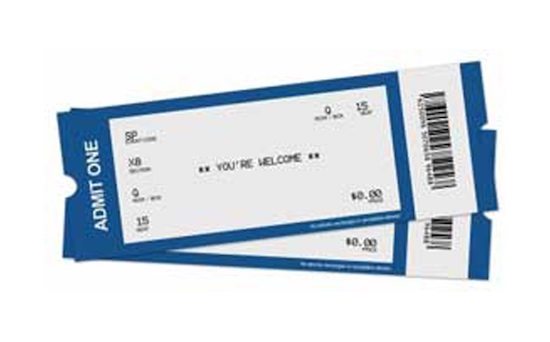 In February 2017, days before Metallica announced its World Wired North American stadium tour, Live Nation president of U.S. concerts Bob Roux spoke by phone with a little-known wealth adviser turned event promoter who had been tasked by an associate of the band to sell 88,000 tickets directly on resale sites like StubHub, without giving fans a chance to buy them through normal channels at face value.

“Ticketmaster will not do it,” Roux can be heard saying on the 11-minute call that Billboard reviewed in full, explaining that the plan to put the tickets on sites billed for resellers had to be concealed. He suggested that “either a Live Nation employee or a venue box office basically take these and sell them into a singular account,” the way tickets are typically allocated to fan clubs or sponsors. Once the tickets were placed there, they would be listed and sold on secondary-market sites.

“When this happens, 4,600 tickets into a single account,” said Roux on the call, “there may be some eyebrows that get raised.”

That conversation resurfaced after the other executive on the line, Vaughn Millette — now chairman/CEO of Outback Presents — sent a recording of it to Live Nation executives and board members in a June 27th email to alert them of information he had collected while working with the company as a business partner. Billboard obtained the email from a source close to Live Nation. Millette recorded the call between New York and Roux’s Houston office line without Roux’s knowledge, sources say, and has been building his own promotion business, now competing with Live Nation for clients.

The recording, which would have been legal to make without one party’s consent under both New York and Texas state laws, offers an unprecedented view into how thousands of concert tickets for major tours have been sold first on the secondary market — where resellers can mark up prices — without being offered to the public at face value. It also shows the extent to which the rise of online ticket sites has put pressure on artists and promoters to capture more  of the profits resellers are making — and how Live Nation is uniquely positioned to help solve the problem, as the owner of the world’s biggest ticketing platform that even its rivals use.

The difficulty of finding tickets at face value was the subject of a letter sent by Sens. Jerry Moran, R-Kan., and Richard Blumenthal, D-Conn., in 2018 to Ticketmaster president Jared Smith. Smith wrote back that “Ticketmaster does not have, and has never had, any product or program that allows ticket scalpers, or anyone else, to buy tickets ahead of fans.”

Although the U.S. government does not regulate ticket sales, the Federal Trade Commission Act prohibits unfair or deceptive acts affecting commerce. The Department of Justice’s antitrust division monitors competition in ticketing, and is tasked with enforcing a 2010 consent decree following Live Nation’s merger with Ticketmaster that bans the company from retaliating against venues and promoters for not using its software.

But in a rare acknowledgment of an industry tactic little known to the public, Live Nation now tells Billboard that the company has facilitated the quiet transfer of concert tickets directly into the hands of resellers through the years, though only at the request of the artists involved — who control where the tickets are initially sold…

…The secondary market has always frustrated managers and artists who try to keep ticket prices low for fans, only to see them purchased and marked up by brokers, sometimes to double or triple face value. While sports teams like the Philadelphia 76ers and the Los Angeles Dodgers have begun to work with brokers and even list tickets directly on the secondary market, music acts have been reluctant to openly “scalp their own tickets,” as one independent promoter explained to Billboard, and they face an internet-speed version of an age-old conundrum: offer cheap tickets that invite scalpers to profit, or hike prices and risk appearing greedy.

Live Nation told Billboard that artists rarely seek its help to sell their own tickets on the secondary market anymore, suggesting how fast the business is evolving as artists test its new tools to capture some of the profits that were going to resellers. “Since then, requests like these have declined virtually to zero as tools like dynamic pricing, platinum seats and VIP packages have proven to be more effective at recapturing value previously lost to the secondary market,” the company said. It’s now “standard practice is to use Ticketmaster’s Platinum, VIP and other tools to help tours price closer to true market value,” but noted that “in this situation, a consultant for the band opted to use the secondary market to try to capture that value,” a plan that would potentially have benefited Live Nation as well.

The consultant was Tony DiCioccio, an insider with Metallica, who worked with the group as a “ticketing consultant,” the band’s publicist told Billboard.

Live Nation said it “does not distribute tickets on any platform without an artist’s explicit approval,” though some artists delegate such decisions to their managers or agents. But representatives for Metallica told Billboard in June that the band members themselves were not aware at the time that DiCioccio had made a deal with Millette and Live Nation.

Metallica’s longtime managers are Q Prime co-founders Cliff Bernstein and Peter Mensch, but those who have worked with the band said DiCioccio, a former Q Prime manager, is “family” to Metallica, and a publicist for the band told Billboard that DiCioccio is still employed directly by the group. “If there’s five seats on the jet flying home, it’s the band and Tony,” says a source who has worked with DiCioccio.

Live Nation CEO Michael Rapino won the bid to promote Metallica’s 2017 North American tour by offering the band 95% of the gross revenue, a source tells Billboard, hammering out the deal by phone over Christmas 2016, another source recalls, to beat rival AEG’s bid. It was a coup for Rapino, given that Metallica had worked for years with independent promoters such as Frank Productions.

Afterward, Roux entered separate discussions with DiCioccio about the straight-to-resale deal for the North American market, the type of decision Roux has the authority to make without seeking Rapino’s approval on a particular deal, sources said. Such arrangements may be legal but are rarely discussed openly, given concerns about how fans will perceive them, touring executives tell Billboard. Music stars face far more scrutiny over the prices of their seats than do sports teams or airlines because of the emotional connection they spark with their fans…

…[Barry] Kahn, [chief executive of the Austin-based firm Qcue], says artists shouldn’t be punished for using different channels, including the secondary market, to sell tickets but notes that “the issue is the transparency. If they get caught doing something they have said is wrong, then they are deceiving their fans.”

According to Live Nation, DiCioccio realized how much money could be made on the resale market after the band’s 2016 concert for the opening of U.S. Bank Stadium in Minneapolis, where over 10,000 tickets were sold “on the secondary market without the band’s participation,” in part because the group initially priced the tickets too low — management was nervous that high-priced tickets would anger fans, according to one of the concert’s promoters.

“After seeing the volume of secondary transactions for that show and the benefit being captured by brokers,” Live Nation said in its statement, “the independent consultant [DiCioccio] worked with Live Nation on a unique distribution strategy that used the secondary market as a sales distribution channel for select high-end tickets.”

A source familiar with the deal says the parties agreed that Metallica would get 40% of the resale revenue, Live Nation 40%, DiCioccio 12% and Millette 8%, though another source said Live Nation’s share was lower.

On the call in February 2017, days before Metallica put its tickets on sale, Roux told Millette that keeping the resale strategy a secret would be a challenge, but it’s not clear who he was worried about finding out.

“That’s the part I’m trying to figure out with Tony,” Roux is heard saying. “You want to keep this quiet, but there isn’t a good way for the light bulbs not to go off.”

Roux tells Millette to register a new URL and email address that is more “Q Prime-ish or Metallica-sounding” to mask the transfer and not “raise any eyebrows.” Because tickets are sent in the form of PDF files, they need to be emailed to be transferred.

The executives also discussed concealing the sale so it seemed as though the tickets were being held for sponsors, with Roux saying, “I’d have to transfer them all at once into a sponsor hold and then ship them to some entity.”

Roux and Millette outlined how they would sell up to 4,400 tickets per show for 20 concerts on the tour: Millette would be given access to 2,640 premium tickets as well as 1,780 “troubled” seats that seemed harder for Live Nation to move. Also known as distressed inventory, troubled seats are usually far from the stage, often on the upper levels of stadiums, sometimes with obstructed views. They were likely bundled with better tickets as a way to make sure they were sold…

…Today, Live Nation still sees the secondary market as a huge opportunity that some analysts have estimated at over $10 billion, but the company is encouraging artists to use other means to maximize their revenue, which have proved far more effective….

…”Fans pay handsomely for an enhanced experience, if they know the artist is benefiting, and if the transaction is transparent,” says Jim Cressman, co-founder/CEO of independent promoter Invictus Entertainment, who encourages bands not to place tickets on the secondary market, but to price them higher when they go on sale. “Anything involving a secondary ticketing scenario will just come back to bite you in the ass.”

[Dana’s note: Thank you to Rattlehead, who passed this story on to me.]