Sony Music Entertainment and Legacy Recordings have signed virtuoso guitarist/composer/pro- ducer Steve Vai to a new multi-album agreement which includes plans to issue two fresh Vai sets in 2015 beginning with the release of Stillness In Motion – Vai Live in L.A. on April 7th. See preview below.

Vai’s first release under the new SONY/Legacy agreement will be Stillness In Motion – Vai Live in L.A., a spectacular performance recorded October 12th, 2012 at Club Nokia in Los Angeles. Available in 2CD and 2DVD configurations, Stillness In Motion revisits the 49th concert from Vai’s monumental Story of Light World Tour.

Running from 2012 through 2014, The Story of Light World Tour totaled out at 253 engagements (including shows, master classes and concerts with various orchestras) in 52 countries.

In addition to the full Club Nokia performance, the 2DVD configuration of Stillness In Motion includes a bonus disc premiering The Space Between the Notes (Tour Mischief), a revelatory video diary comprised of more than three and a half hours of footage, lensed around the world on-stage, off-stage and behind-the-scenes during Vai’s epic Story of Light World Tour.

“To say that this tour was a powerful life experience would be like saying the sun is hot,” writes Steve Vai in his personal liner notes penned for Stillness In Motion.

Following Stillness In Motion, SONY/Legacy will release an album of new Steve Vai material, marking a significant next chapter in the musician’s growing canon.

The new multi-album deal marks an SME homecoming for Vai, who set the gold and platinum standard for rock instrumental music across a series of albums released through Relativity and Epic Records from 1990′s game-changing Passion and Warfare (his 2nd album and 1st major label release) through 2007′s orchestral Sound Theories, Vol. I & II.

Story of Light Tour: The Space Between the Notes (Tour Mischief)

Vai will be hosting his second Vai Academy — the ultimate guitar experience — August 2nd-6th, in beautiful Vail, Colorado, at The Arrabelle at Vail Square. With the theme All About The Guitar set for this year, attendees will spend four days and nights discovering the intricacies of the guitar while enjoying once-in-a-lifetime clinics, workshops and jams from the likes of Vai and his handpicked guest instructors, including special guests Eric Johnson and Sonny Landreth. Musi- cians of all ages and levels are welcome. For more information, visit www.vaiacademy.com. Closing out the week of Vai Academy, Vai will headline Electric Day at Guitar Town on August 9th in Copper Mountain, Colorado, at The Village at Copper. The free annual festival will also include performances that weekend by Eric Johnson, Robben Ford, Sonny Landreth, John Jorgen- son and Andy McKee, among others. 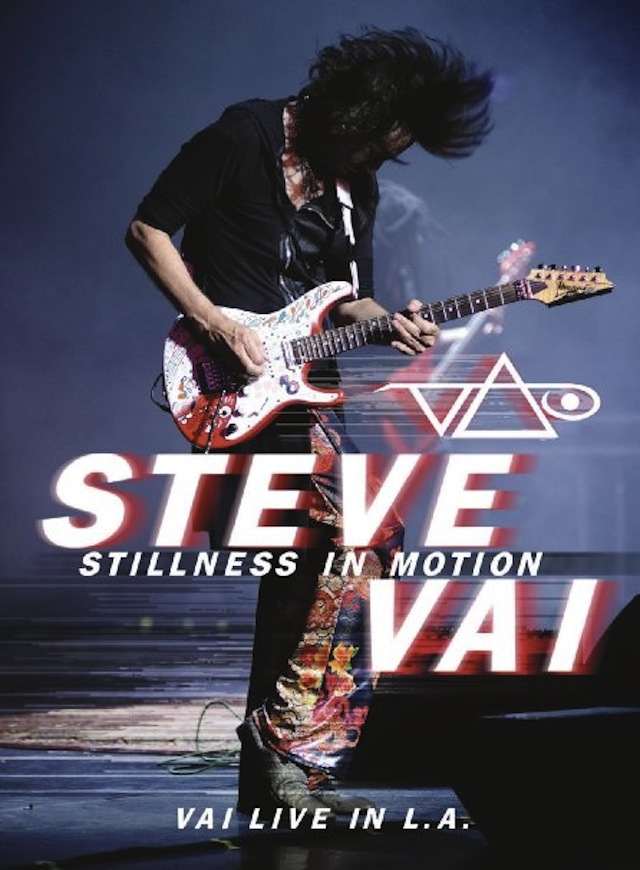