STEVE PRIEST, BASSIST AND FOUNDING MEMBER OF THE SWEET, PASSES AT AGE 72 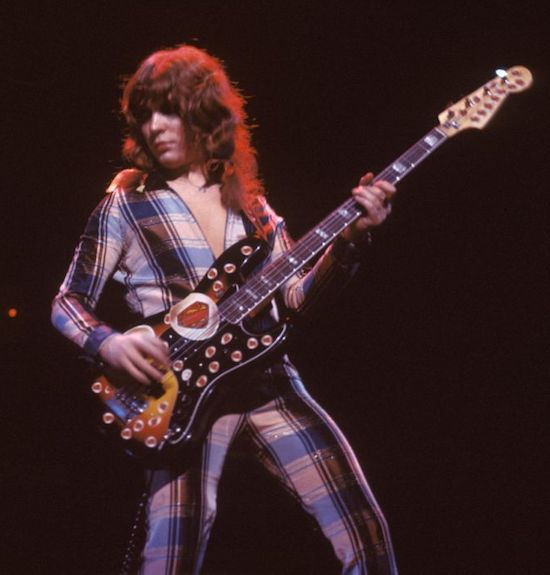 Steve Priest, bassist and founding member of ‘70s glam band the Sweet, has died at age 72. While a cause of death has not yet been revealed, Priest’s health had been failing for some time. On March 12, a post on the Sweet’s official Facebook page stated that he was in a Los Angeles hospital “receiving the best possible care,” but did not offer any other details.

The news of Priest’s passing was confirmed Thursday by the Sweet’s lone surviving core member, lead guitarist Andy Scott, who wrote, “Then there was one! I am in pieces right now. Steve Priest has passed away. His wife Maureen and I have kept in contact and though his health was failing I never envisaged this moment. Never. My thoughts are with his family.” Scott also described Priest as “the best bass player I ever played with.”

Priest was born in Hayes, Middlesex, England, on Feb. 23rd, 1948, and formed the Sweet (originally called the Sweetshop; later shortened to just “Sweet” with no “the”) with lead singer Brian Connolly, drummer Mick Tucker, and guitarist Frank Torpey. After Scott replaced Torpey in 1970 to solidify the classic lineup, the Sweet went on to become sensations of the glam-rock movement alongside acts like Wizzard, Mud, and Suzi Quatro, scoring 13 top 20 hits in Britain including Block Buster, Hell Raiser, and Teenage Rampage. In America, they had four top 10 hits: Little Willy, Fox on the Run, Love Is Like Oxygen, and their signature song, The Ballroom Blitz (No. 2 in the U.K., No. 5 in the U.S.)…

…The band did eventually receive their critical due. “The Sweet produced five of the most exciting singles of their era. Of any era. The machine made magic,” music historian Simon Reynolds wrote in his glam-rock anthology Shock and Awe of the band’s Chinn/Chapman output. “The Radio Rock pantheon holds high perches for Cheap Trick and Def Leppard … anoints moments from Van Halen, Boston, Billy Squier, and the Scorpions … exalts Nevermind-era Nirvana for producer Butch Vig’s blend of grunge and glisten. But the Sweet remain almost unrivaled in this roll call of honor.”

Priest is survived by his wife of 39 years, music publicist Maureen O’Connor, his daughters Lisa, Danielle and Maggie, and three grandchildren.