Slayer will headline concerts at two venues it hasn’t played in 25 years – the Hollywood Palladium on Monday, October 28th, and New York’s Theater at Madison Square Garden on Wednesday, November 27th, the night before Thanksgiving. Gojira and 4ARM will support. Registered Slayer Fan Club members will be receiving a special email offering them “first-access” to purchase tickets through a special pre-sale that begins tomorrow. Tickets go on sale to the public Friday, August 9th at 10AM local time. Log onto slayer.net for more ticketing info.

This will be the first time that Slayer – Tom Araya/bass, vocals, guitarist Kerry King, drummer Paul Bostaph, and guitarist Gary Holt, who continues to fill in for the late founding member Jeff Hanneman – will play a concert in New York since The Big Four concert at Yankee Stadium on September 14th, 2011, and the band’s first Hollywood show since 2010’s Jagermeister Music Tour.

Over the past eighteen months, Slayer has toured throughout Europe, India, Japan, South America, and Australia, and co-headlined the 2012 Rockstar Energy Drink Mayhem Tour of North America.

Slayer has also been confirmed to play the Fun Fun Fun Fest 2013 to be held at the Auditorium Shores in Austin, TX November 8-10.

While recovering from the devastating loss of Hanneman, Araya and King have begun to work on new material and hope to spend some time in the studio prior to these dates. 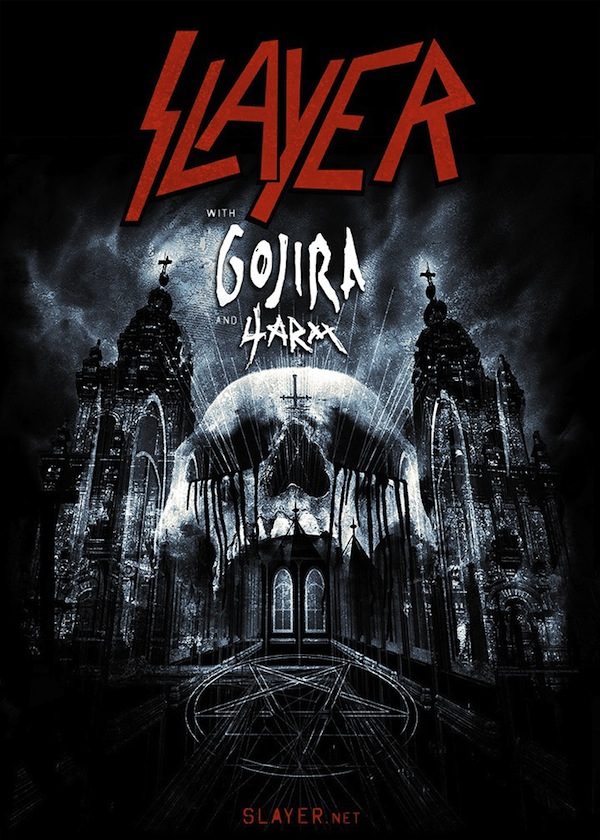