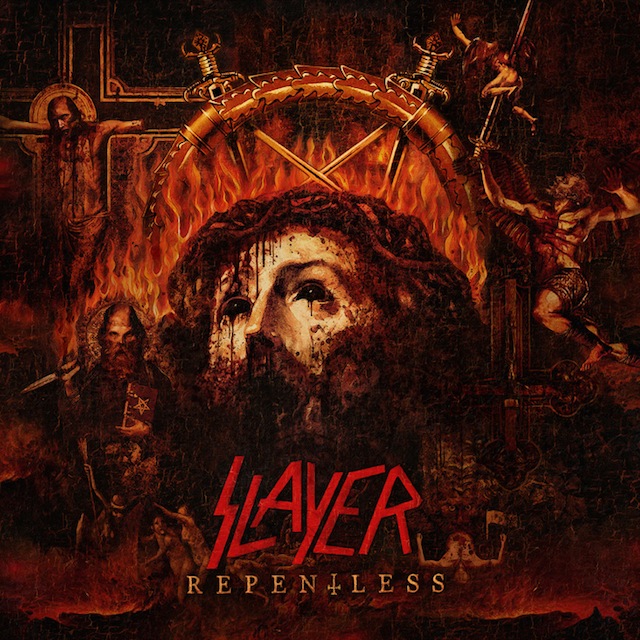 Slayer have released the official video for the song, Pride in Prejudice, off of their latest album, Repentless, which was released on September 11th, 2015. Watch the clip below.

Repentless, the album’s first music video, can be viewed here.

Repentless, the band’s 12th studio album, and the first without beloved founding member Jeff Hanneman, makes the highest Billboard debut in the band’s 32-year recording career, coming in at #4 on the Top 200 Album Charts and scanning 50,000 units.

Slayer will be hitting the road on September 9th. See their entire tour itinerary below.

For more information about Slayer, visit the band’s official website.