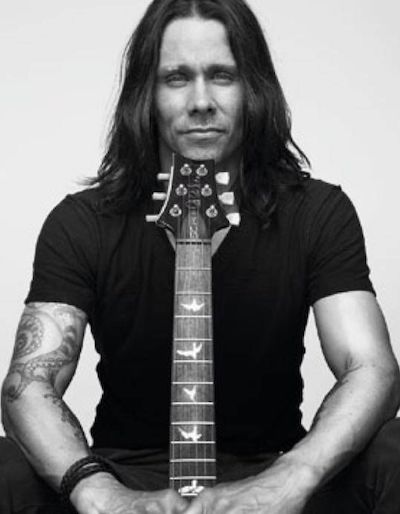 According to The Pulse Of Radio (with transcription via blabbermouth.net), Alter Bridge and Slash frontman Myles Kennedy revealed in a new interview, with Eddie Trunk, that his father died because he medical treatment due to his Christian Science faith. This event, formed the central theme of Kennedy’s upcoming solo album, Year Of The Tiger.

The singer explained, “I realized year of the tiger was 1974, which was the year my father passed away when I was a kid… My family, at that point, were Christian Scientists. So basically, this woman Mary Baker Eddy started this in the 1800s, and the premise is that you don’t go to doctors. You believe that God is gonna heal you. It’s very frustrating even talking about it, frankly.”

He continued, “So dad got sick and chose not to go and see a doctor. He died of the appendicitis. He died one night in his sleep because it blew up and gangrene went all over. He didn’t know it was [appendicitis] because he wouldn’t go and see a doctor. But what is interesting is that he got really sick about eight weeks prior. He was in a lot of pain. So there’s a theory it might have actually ruptured then. He may have had gangrene actually for quite a while. But mom woke up one morning and he passed away.”

Kennedy said he was four years old when his father passed away, adding, “My grandmothers on both sides chose not to go to doctors and passed away. We were entrenched in the Christian Science faith.”

The vocalist said that the loss of his father was a “heavy thing” for him, his brother and his mother, adding that the latter had already begun to sour on her faith. He revealed, “The light has actually gone off for her a little earlier, previous to his death. Because she worked at a nursing home and she realized that a lot of people associated with the Christian Science faith were passing away.”

Year Of The Tiger, Kennedy’s debut solo album, will be released March 9th.