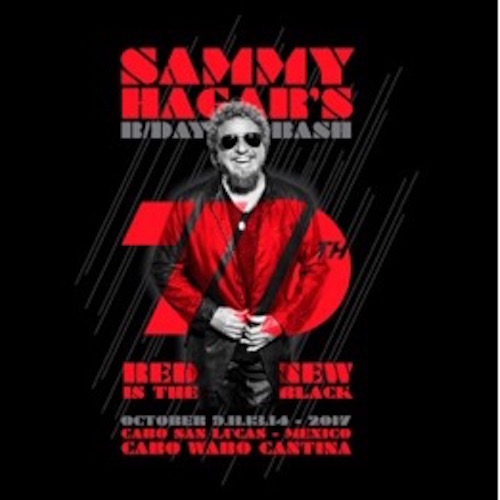 Sammy Hagar, the “Hall of Fame” rock & roller, partier and entrepreneur is about to chalk up another milestone on October 13th when he turns 70. The Red Rocker has just announced plans for an epic 4-night birthday bash, October 9th, 11th, 13th and 14th at the Cabo Wabo Cantina in Cabo San Lucas, Mexico — home to the legendary concert celebration since he opened it’s doors in 1990. Due to overwhelming demand, tickets for the bash will be chosen via a lottery style drawing with registration now open at RedRocker.com.

“It would be impossible to pick my favorite year but I got a feeling it’s still to come,” Hagar added.