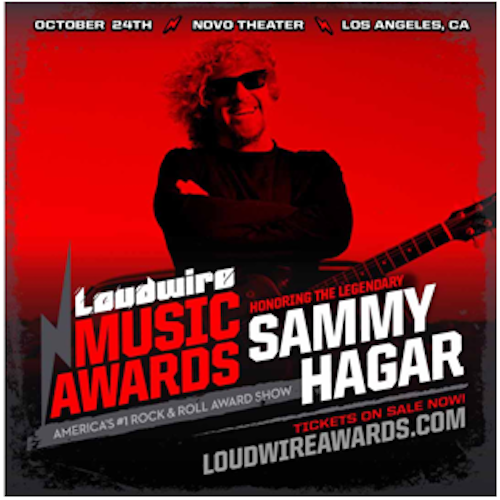 In addition, Rock & Roll Hall of Famer and longtime Van Halen frontman, Sammy Hagar will be honored for his charitable efforts with The Hagar Family Foundation. “It’s always exciting to receive an award. But this one is extra special,” says the “Red Rocker” Sammy Hagar. “To be recognized for something you truly love doing and in front of an audience of your peers, doesn’t get any better than that!” The Hagar Family Foundation–created by Sammy and his wife Kari Hagar–is a private non-profit which puts their community philosophy towards giving into action by eliminating the red tape in getting funds and food quickly into the hands of the people and charities in need. “We look for things that are grassroots,” explains Hagar. “We want to give a dollar to somebody and have it go right in their pocket or put food on their table.” Since the launch of their foundation in 2008, they’ve given away almost $4 million.

Voting for the awards is now open until October 2nd. Loudwire.com readers are able to vote in multiple awards categories, including Album and Artist of the Year at Loudwireawards.com.

Following are the categories and nominees for the 2017 Loudwire Music Awards:

Hard Rock Artist Of The Year presented by Frontiers Records:

Metal Artist Of The Year:

Hard Rock Album Of The Year:

Metal Album Of The Year presented by Razor & Tie:

Hard Rock Song Of The Year presented by Apple Music:

Metal Song Of The Year presented by Apple Music:

Most Dedicated Fans presented by BMG/Rise:

WWE superstar Chris Jericho will serve as host for the first-ever Loudwire Music Awards ceremony and concert with the GRAMMY Award-winning Rob Halford of Judas Priest receiving the “Lemmy Lifetime Achievement Award”– named in honor of late Motörheadfrontman Lemmy Kilmister. Halford will join Black Sabbath guitarist and fellow heavy metal icon, Tony Iommi–who will be presented with the “Courage Award,” which recognizes not only his unparalleled musical output, but his absolute bravery in his battle with cancer. 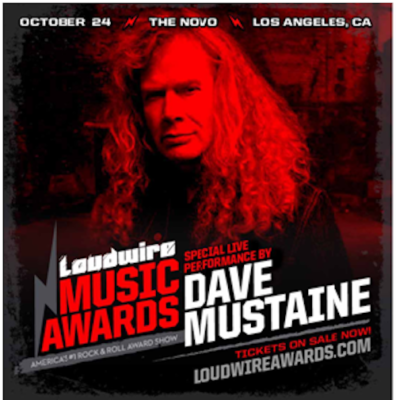