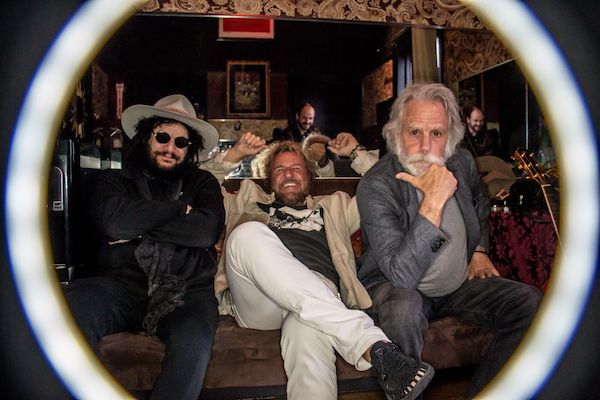 The night featured several all-star performances and collaborations including:

– Bob Weir performing Friend of the Devil with Kevin Cronin of REO Speedwagon joining in on harmony/vocals, Jay Lane on drums and special guest Don Was on bass. Weir’s set also included Only A River, and Easy Answers.

– Kevin Cronin performing his REO hits Take it on the Run and Roll With the Changes accompanied by Chad Smith, Michael Anthony and Joe Satriani’s incredible guitar which made the classics unforgettable.

Each year surprise guests take the stage and this year saw legendary producer and musician, Don Was. In past years everyone from Adam Sandler to Kris Kristofferson played surprise/unannounced sets. Also, proving that the apple doesn’t fall far from the tree, Eddie Money’s daughter Jesse Money sang with her father. Their performance follows on the heals of Aaron Hagar, Andrew Hagar and Cali Hetfield (James Hetfield daughter) who all performed with with the famous fathers at past Acoustic-4-A-Cure concert benefits.

See video below of an all star jam on, Dock of the Bay, below.