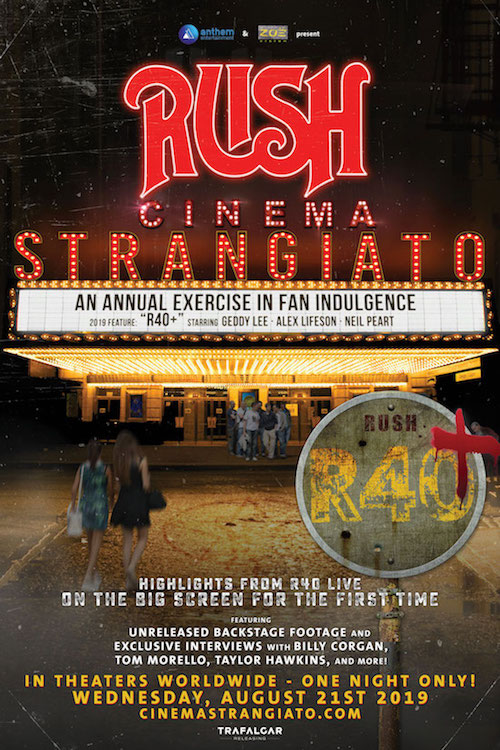 Despite retiring the band, Rush will be screening, Rush: Cinema Strangiato 2019, on August 21st.

The Trafalgar Releasing and Anthem Entertainment event is being billed as the first “Annual Exercise in Fan Indulgence” and will feature a hodge-podge of song performances, including Tom Sawyer, Closer to the Heart and Subdivisions, unreleased soundcheck and backstage footage from the 2015 R40 40th anniversary tour, and new interviews with producer Nick Raskulinecz and Rush peer fans Billy Corgan, Tom Morello and Taylor Hawkins, who inducted the Canadian trio into the Rock and Roll Hall of Fame with fellow Foo Fighter Dave Grohl in 2013. Singer-bassist Geddy Lee, meanwhile, sat for a new interview about Geddy Lee’s Big Beautiful Book of Bass, which was published in December’s Billboard. “I’m excited for fans to see some new clips from our R40 tour but also a peek behind the scenes of making the Big Beautiful Book of Bass,” Lee said.

Theater locations and ticket details can be found here.