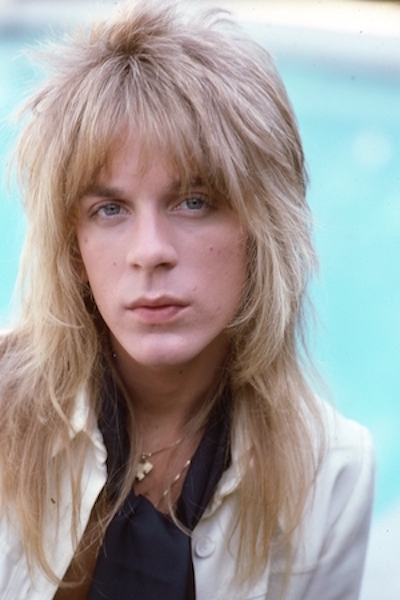 Rock N Roll Relics Presents: Part One: Behind the Mystery Randy Rhoads brown Stratocaster. An intimate interview about a guitar and the man who became the rock-n-roll James Dean of a generation.

Always ready to tackle anything guitar-related, Rowe was more recently approached to do a project that would include shedding some light on the mysterious brown Fender Stratocaster Randy Rhoads is pictured with in some historic photos from his Quiet Riot days.

Considering the project was proposed by no less than Rhoads’ very first guitar tech/roadie, Harold Friedman, Rowe had no choice but to jump at the offer.

“When Harold got in touch with me, the only thing I could say was, YES!” Rowe said. “Being a big Randy fan, this is an honor for me. We wanted to share the story about this guitar, because it has so much mystery around it with very little to no details about it until now.”

To help tell the story, Rowe called on his old friend and fellow guitarist Tracii Guns of L.A. Guns fame.

“Tracii and I go way back and I know he’s a huge Randy Rhoads fan, so he’s the first person I thought of to do the video with Harold,” Rowe said.

This project will lead up to a limited run of 25 replica guitars built by Rock N Roll Relics in memory of Randy. “I approached Rock n Roll Relics after searching for a boutique guitar manufacturer that I thought could do justice to this project.” Friedman said.

The project will also donate portion of the money to go towards helping kids buy instruments who otherwise couldn’t afford them. “Inspiring kids or anyone for that matter to be able to play music is something Randy would have done on his own if he was still with us,” Friedman said.

Part One of this intimately unique story about one of rock’s greatest guitarist and the mystery surrounding the brown Stratocaster is below. Enjoy and watch below.

EDDIE TRUNK AND SEAN MCNABB REMINISCE ABOUT ROCK ICON RONNIE JAMES DIO, EDDIE SAYS, “HE HAD A SENSE OF HUMOR AND LOVED TO WIND ME UP” ›