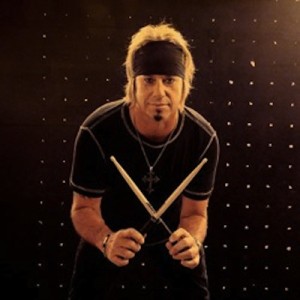 Just popping in with a tad bit of Ratt news, for my brain’s own release.

On Sept. 30th, Warren Deanmartin filed a request for a temporary restraining order to keep his 50% business partner and co-owner of WBS, INC. (Ratt) from taking the business out of the red and into the black, while bringing the fans a great show, to preclude me from taking the reins in the corporation, and touring under the Ratt banner.

On October 2nd, we were downtown in Los Angeles County Superior Court for the hearing that Mr. WD filed for a T.R.O. (temporary restraining order) which was denied on all issues.

Although this is just the appetizer, as Mr WD will seek an order for an injunction on the same issues based on the same laws and using the same evidence as he used in his unsuccessful attempt at the restraining order.

In my positive quest to keep business doors open wide, we believe the same outcome will prevail regarding the injunction request.

Oddly, Warren’s claim that the musicians in Ratt are as he put it ‘imposters and a tribute band.’ Well then Warren, answer this question, what does that make you after touring with an array of non original musicians including Robbie Crane on bass, Jizzy Pearl on lead vocals, and John Crabby on rhythm Guitar for 7 years as Ratt? Not to mention other temporary musicians including Keri Kelli & Michael Schenker not withstanding.

In the wake of our recent ‘Ratt’ fan filmed performances that have been widely viewed on YouTube & every major rock website, our current singer Josh & the entire band have been welcomed by the fans with open arms. Most comments state that after seeing the videos Josh is better than Pearcy now or even in his prime. Ratt fronted by lead singer Josh Alan along with the entire band including Doc Ellis, Blaze, Scotty Griffin & myself yours truly, have a 99% approval rating from commenters on rock sites where they are known to bash anyone and anything.

Just like a gum drop from the Candy King himself ‘what goes around, comes around.’

First Battle won, I like the odds. Best to all, even Warren!