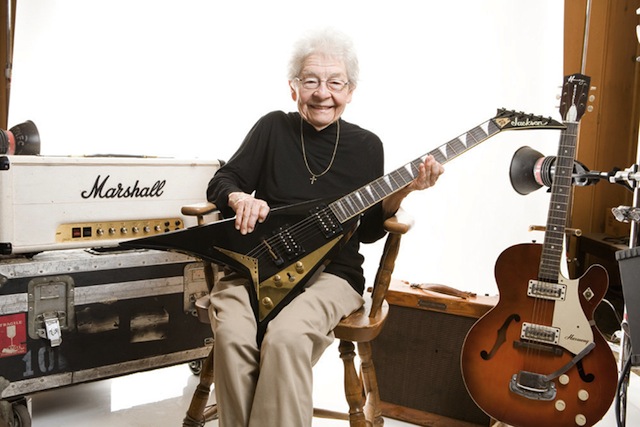 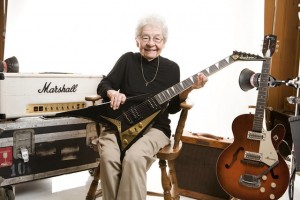 Delores Rhoads, the mother of guitar legend Randy Rhoads, has died at the age of 95.

Bassist Rudy Sarzo, who played with Rhoads in Quiet Riot shared the news wrote on his Facebook page, “The world today has lost one of the most gracious and sweetest ladies I’m blessed to have known, Delores Rhoads. Please keep her and the Rhoads family in your prayers.”

Delores Rhoads graduated from UCLA with a Bachelor’s degree in music and founded the Musonia School of Music in North Hollywood, Calif., in 1949. After receiving his first guitar at the age of six-and-a-half, Randy began taking lessons at Musonia.

Randy’s brother Kelle told Patch.com, “She plays 15 instruments; her main instruments were trumpet and cornet. She primarily excelled in brass. She changed a policy at UCLA when she was a music student there. A woman couldn’t sit first-chair in the brass section. Until my mom. My mom challenged this because she was so much better than the guys. So they had a little contest, she smoked them, and she was the very first woman that got to sit first-chair in a brass section. In the very early ’40s. She graduated in 1944 and got married. Plays piano, violin, flute, flugelhorn.”

When discussing Randy once, Delores stated, “Randy grew up musically in my school. I am sure he was influenced by this in many ways. He started when he was so young, he was somewhere between six-and-a-half and seven when he started lessons. In those days, way back then, we started them with the folk guitar where they learned the chords and a few pop songs.”

But she also made sure that he learned that being able to play simple pop songs was only a small part of the equation. “To play in my little group that I had even way back then,” she continued, “he had to read [music notation], because he couldn’t play in the group unless he read. And then I worked with him when he was very young. I gave him some piano lessons, so he had to learn to read. I always make my students count very accurately and read properly and do everything the right way, so he had some help in that.”

Rhoads’ 50-second classical guitar interlude from Osbourne’s Blizzard of Ozz, Dee was written as a tribute to her.