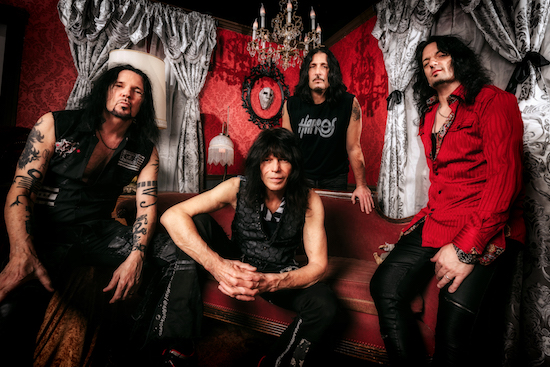 Quiet Riot has announced the first batch of shows from their upcoming 2022 tour season, which is set to begin on Friday, February 18th at The Mohegan Sun Arena in Uncasville, CT.

The band recently welcomed legendary bassist and founding member Rudy Sarzo back to the band after an 18-year absence.

We can’t wait to get back out there and see everyone” says guitarist Alex Grossi “The first few shows with Rudy back have gone over really well and the audiences are very excited to see him perform these songs again.”

Initial dates are as follows, with many more to be announced in the coming weeks, For more information: quietriot.band.

States Rudy Sarzo: “I’m excited to be back home and celebrate the Quiet Riot legacy, which began 40 years ago next year with the recording of Metal Health, the first heavy metal album to reach #1 on the Billboard top 200 albums chart.”