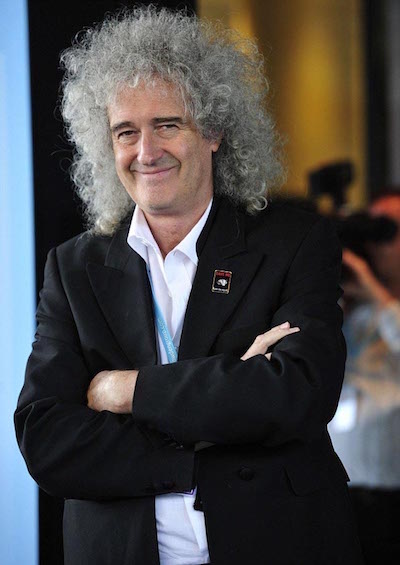 Actor Sacha Baron Cohen’s excuse for dropping out of a biopic about Queen singer Freddie Mercury struck a major sour note with the band’s guitarist.

Brian May blasted Cohen’s claims that the long-gestating project fell apart due to creative differences between him and the band, telling Britain’s Sunday Mail that the actor’s allegations are blatantly untrue.

“Sacha became an a—,” the 68-year-old rocker told the tabloid. “We had some nice times with Sacha kicking around ideas, but he went off and told untruths about what happened.”

Cohen, who disassociated from the film in 2013, suggested on “The Howard Stern Show” last month that at least one of remaining members of Queen wasn’t interested in producing the “warts and all” manifesto about the famed singer’s tumultuous life that he had envisioned.

According to Cohen, the unnamed band member was much more eager to use the film as a platform to show “how the band carries on from strength to strength” after Mercury’s death in 1991.

But May says the members of Queen never shied away from creating a provocative film about their legendary frontman.

“Why would he go away and say that we didn’t want to make a gritty film?” he asked. “Are we the kind of people who have ever ducked from the truth? I don’t think so.”

May then said it was actually the band’s decision to move on from Cohen, before slamming the actor’s recent performances.

“We decided he wasn’t right for the role for very good reasons, which will become apparent if you watch what he’s done recently,” May said. “It’s obvious that it wasn’t going to work, him playing Freddie. It wouldn’t suspend your disbelief.”

May and company still plan to produce the Mercury biopic at some point, and they’re eyeing “Spectre” and “Paddington Bear” star Ben Whishaw for the lead role originally occupied by Cohen.

They are also still searching for a director, “We have arrived at a great storyline,” the guitarist said. “But the film’s not going out till it’s right.”