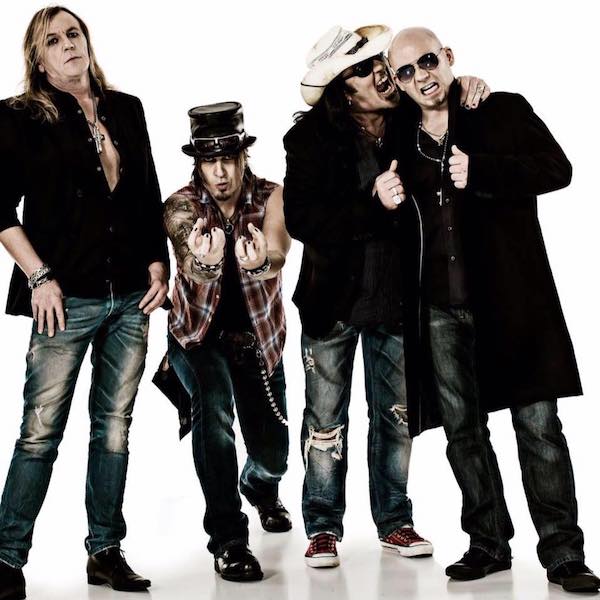 Frontiers Music Srl is thrilled to announce the upcoming release of the
mighty Pretty Maids new studio album, Undress Your Madness, on November 8th, The first single, and video, Serpentine, can be viewed below.

Undress Your Madness is Pretty Maids’ highly anticipated follow up to
2016’s critically and commercially successful release Kingmaker, a record
that continued the “revitalized” path that the band set out upon with the
now stone cold classic albums Pandemonium and Motherland. It’s always
difficult to follow a successful and inspired record, but Undress Your
Madness shows Pretty Maids are still in the freshest and most vital phase
of their career since the early 90’s.

“I think the new album is a kind of continuation of what we’ve done the past ten years,” says singer Ronnie Atkins. “I’m really happy about the way it turned out ’cause there’s a lot of good songs on it in my humble opinion and it’s probably even more melodic than our previous efforts.”

“The album was written in a very short period of time,” tells Ronnie Atkins.
“Basically it was written in January, just prior to recording it in February
this year. So everything was very fresh when we entered the studio, in fact,
so fresh that some of the songs were hardly finished when we started, but it
all fell into place as we preceded with the recordings.”

THE METAL GOD, ROB HALFORD, GETS IN THE HOLIDAY SPIRIT WITH “CELESTIAL,” ANNOUNCES ARIZONA APPEARANCE ›