POKERSTARS POLL DECLARES MOTÖRHEAD’s “ACE OF SPADES” THE GREATEST GAMBLING SONG OF ALL TIME, THE LEGENDARY BAND CONTINUES TO TOP FAN POLLS AROUND THE GLOBE PROVING THE BAND WILL NEVER BE FORGOTTEN 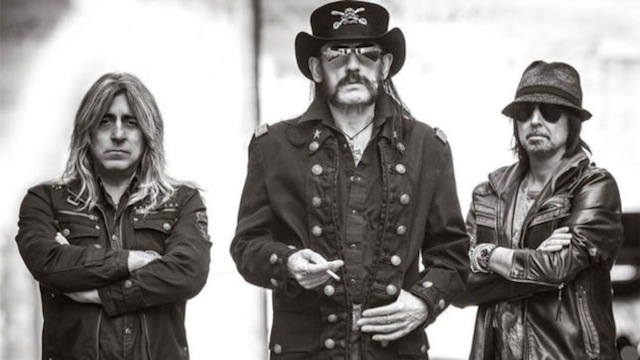 In May, poker powerhouse PokerStars asked 1000 of its European customers which song they liked the best from a list of songs. It came down to two choices – Lady Gaga’s Poker Face and Motörhead’s Ace of Spades, and it is no gamble to say that …Spades not only won, but crushed Lady Gaga’s 2009 smash-hit. With “…Spades having enjoyed huge success in 1980 before establishing itself as the anthem of a rock movement and lifestyle, this was not only a victory for Motörhead, it was a victory for the sheer strength of rock’n’roll music.

Three and a half years after Lemmy Kilmister has passed, the world still mourns the loss but Motörhead is more than alive. Rock magazines worldwide have stories about Motörhead in their issues on a regular basis, paying tribute to one of the legendary bands of all times. The iconic band shirt is still the most sought after merchandise item proudly worn by fans, friends and fellow musicians.

Years end polls in music magazines show the influence Lemmy and his band Motörhead had, the band made a big impact and the footprints they left are huge.

Readers Polls have them ranked up high again after these years:

Personality of 2018: Lemmy Kilmister No 6

Favorite band of all times: Motörhead No 8

Personality of the year: Lemmy Kilmister No 4

Best band all times: Motörhead No 3

Best song of all times: Ace Of Spades No 8

So once again, crank up the volume to both listen to, and feel the vibes of this iconic, legendary band! They were Motörhead and they played rock’n’roll, but now it is the public playing their legendary music with enthusiastic abandon, ensuring that Motörhead are alive and kicking in 2019.

‹ 5/28: BACK FROM ROCKLAHOMA, CHARLIE FROM BLACKBERRY SMOKE LIVE TOMORROW