PHIL X & THE DRILLS TO RELEASE “RIGHT ON THE MONEY” 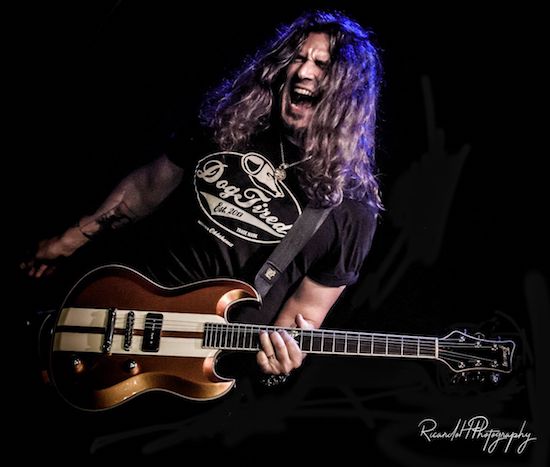 Phil X needs no introduction, having been an integral full-time member of Bon Jovi since 2016, after also filling in for Richie Sambora on the 2011, 2013 and 2015 Bon Jovi tours. Now he is back with his band The Drills and a new single Right On The Money which will be released on June 8th, 2020.

Phil  X  (guitar/lead vocals),  Daniel Spree  (bass/backing vocals) and  Brent Fitz  (drums/ backing vocals) went into the legendary  Capitol Studios  with  Chris Lord Alge  so Chris could do a  Mix  With The Masters  master class  on how to track a band.  Right On The Money was one of three songs recorded  that day.  With an uncertainty of the arrangement and very few overdubs,  an incredible energy and urgency was captured by the band with Chris’s direction and here it is as a single for you, the fans.

Right On The Money, the latest instalment from Phil X & The Drills, is an explosive and dynamic addition to the band’s already legendary discography, featuring fast, punchy guitar, and vocal energy impossible to ignore.

Pre-Order/Pre-Save Right On The Money, here.

Phil X & The Drills have finished their 5th Album Stupid Good Lookings Vol. 2 which will be released in the near future on Golden Robot Records. Featuring a different drummer on every song which reads like a who’s who with the likes of Tommy Lee, Liberty Devitto, Kenny Aronoff and Ray Luzier, the music promises to be extremely diverse.

First a prolific session guitar staple in Los Angeles, California, recording with the likes of Alice Cooper, Rob Zombie, Daughtry, Kelly Clarkson, Chris Cornell among many others (and even extends to playing with Canadian rock royalty such as Triumph, Aldo Nova, Our Lady Peace, Avril Lavigne, Theory Of A Deadman and more), Phil X became known for hosting the Fretted Americana Web Show that boasted over 50 million collective views.

In March of 2016, Phil was invited to Electric Lady Studios in New York to record guitars and background vocals on the Bon Jovi record, This House Is Not for Sale.  The album was released later that year reaching number one on the charts with the album artwork including Phil in the band shots confirming his position in the band as an official member.

Phil X & The Drills are looking forward to delivering their “energetic guitar-driven rock that infects your senses with addictively great anthems” to the global masses.

MANOWAR WILL RETURN TO EUROPE WITH 40th ANNIVERSARY TOUR 2021 ›