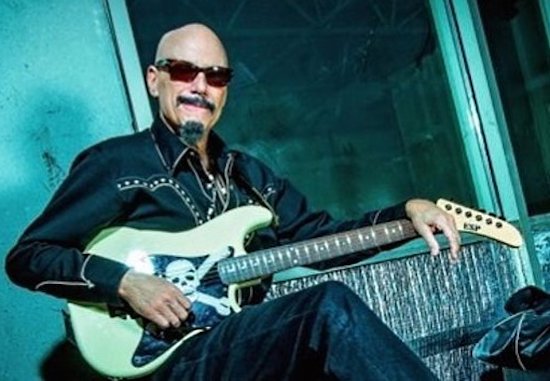 Guitarist and record producer Bob Kulick has died at the age of 70. His passing was confirmed by his brother, former KISS guitarist Bruce Kulick.

Earlier today, Bruce posted the following message on social media, “I am heartbroken to have to share the news of the passing of my brother Bob Kulick. His love of music, and his talent as a musician and producer should always be celebrated. I know he is at peace now, with my parents, playing his guitar as loud as possible. Please respect the Kulick Family’s privacy during this very sad time.”

Throughout his 40-plus-year music career, Bob Kulick has worked with an array of artists: from Meat Loaf to Motörhead; from KISS to Michael Bolton; W.A.S.P. to Diana Ross; as well as legends such as Roger Daltrey, Alice Cooper, Lou Reed and Paul Stanley’s first solo LP and tour.

He began his musical profession at 16 — when most high schoolers are still trying to figure out where they’re going in life — appearing on the 1966 album Winchester Cathedral from the Random Blues Band, the “baby band” that Bob played in that played The Café Wha in New York’s Greenwich Village alongside Jimmy James and the Blue Flames (later rechristened Jimi Hendrix).

1973 saw Kulick make the connection that he has been associated the most with throughout his career. He auditioned for — and got passed over by — KISS. Instead of being dejected, the six-stringer aligned himself with the band over the years, playing on the studio material on Kiss Alive II, providing solos on the Killers album, co-writing Naked City from Unmasked and guesting on Paul Stanley’s 1979 solo album and tour a decade later. He even suggested his brother to the band.

PHIL X & THE DRILLS TO RELEASE “RIGHT ON THE MONEY” ›