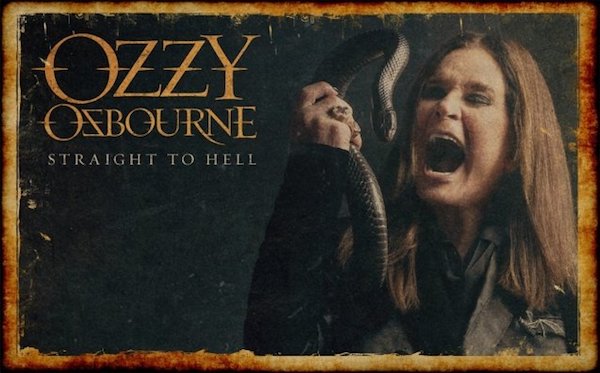 Ozzy Osbourne has released the official video for his second single, Straight To Hell, of which the audio was previously released (here), from his forthcoming new album, Ordinary Man, due out on Epic Records in early 2020.

On the full-on rocker, Ozzy takes listeners to the heart of darkness — “something is missing and you don’t know why” — with Guns N’ Roses guitarist Slash along for this devilish ride, delivering scorched-earth riffs.

This past November, The Prince of Darkness released Under The Graveyard, his first new solo music in almost 10 years, which garnered more than 2.8 million global streams in its first week, watch the video here.