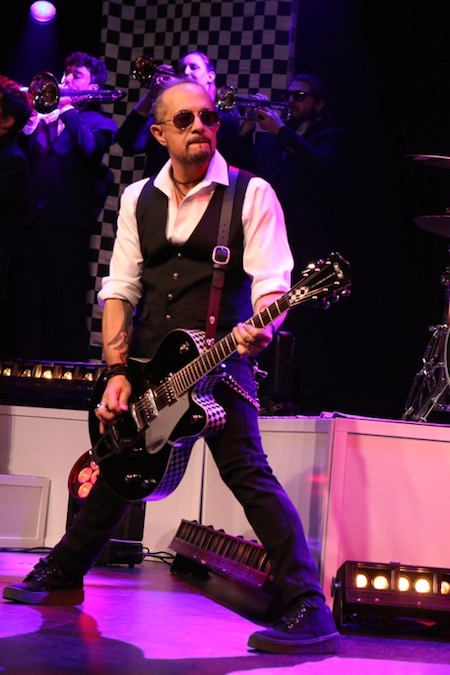 With songs like Cadillac Man, Shake It Swing It and Olivia…that’s Who! the album features 13 tracks (nine originals and four covers), was produced by Verni .

Q: A lot of people are going to be really surprised that you’ve recorded an album fully embracing a big band sound with rockabilly and other early rock + pop stylings, particularly since you’re known as songwriter/founding member and bassist for Overkill. What inspired you to take this musical direction, sing lead vocals, and play guitar?