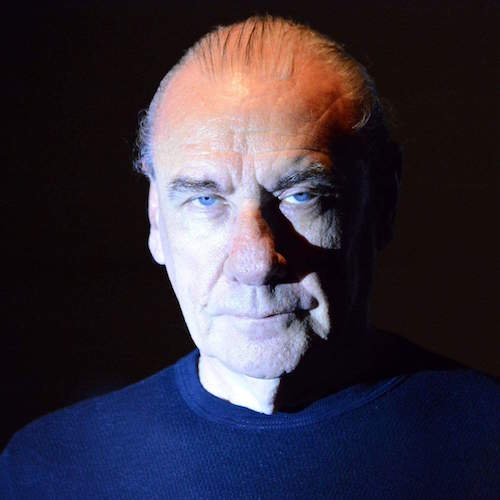 Don’t take yourself so fucking seriously:

“It helps to travel through life with a modicum of humility, keeping your feet on the ground…The time I spend with my grandkids these days is more important than any finger pointing I might have done in my 20s, 30s or even 40s.”

Becoming great means learning as much as you can:

“I was brought up by at least 200 drummers, but I always credit Gene Krupa – I love his sloppiness and brilliance. As a child I listened to Buddy Rich too, Louie Bellson, Elvin Jones; I listened to a lot of guys and I was brought up on jazz, English pop music like Brian Bennett with The Shadows… my god! I remember hearing [Little Richard drummer] Charles Connor on Good Golly Miss Molly and being completely blown away. You can’t believe the balls on that record.”

You only grow by taking risks:

“I love what we did in Black Sabbath. We took risks – we dared to move away from our slamming stuff and play acoustic parts. We might then follow that with Symptom Of The Universe but back then we were always stretching further.”

The more you share, the more in-tune you are with other people:

“Black Sabbath were so tight, we’d have the same dreams. It happens when you’re in a room transferring things to each other musically all day, so we’d end up having similar dreams. One of the dreams we had was being visited by a priest, or a spectre and I just saw that as a guardian angel.”

Black Sabbath were everything to me:

“One of my biggest regrets was I sold a beautiful house, because we needed to raise money to pay for the album Heaven And Hell. Getting a big house and farm after growing up in Aston felt like a big deal. But the band came before everything else and we needed money at that point to move on to the next thing.”

Always be accountable and practice honesty:

“I have an attitude of gratitude so far as being able to play in a great band and having done so since I was 14. I used to do weddings and sit-ins as early as 10, so I’ve been doing this for a long time and I’m enormously grateful for that. I just showed up and tried to do the right thing.”

“In 1984 I had lost everything – I didn’t even have a pair of pants. I was wearing somebody else’s. I crawled out of an alley after heavy alcohol abuse and realized I was killing myself. It became about rebuilding myself and strengthening my body. A couple years later I stopped eating meat, period. There was a lot of hard work to be done, but one of the best things that ever happened for me was getting to do the [Black Sabbath] Reunion album [in 1998]. I thought that part of my life was gone and I was really sad about it, so getting to come back in and kick some ass really took care of that.”

After everything, I still love my Black Sabbath bandmates:

“I love the you-know-what out of those guys. I’ve come through the angry bits that happened in 2012 and arrived in a place of being at peace with myself and with them. I’m glad we did what we did and often go down memory lane with the early work we did in Copenhagen and the Reeperbahn in Hamburg. I love those guys and all the imperfections that go with that. It’s a great feeling, having come as far as we have and I’m happy just being able to write or talk to them if I want to.”

Read more with the great Bill Ward at Metal Hammer.