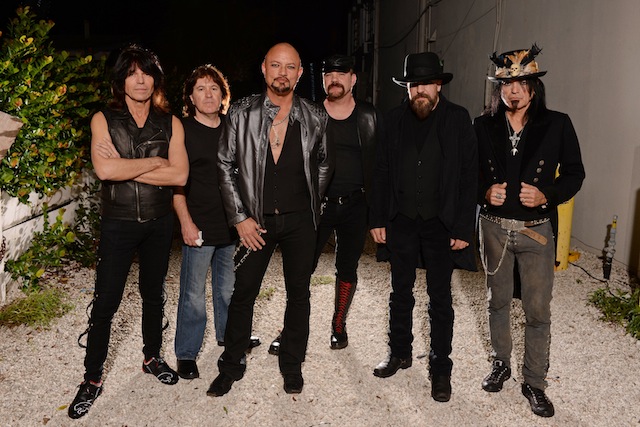 “All of us in Operation: Mindcrime are looking forward to the new frontier with our new label, Frontiers Music Srl,” states Tate regarding the signing. “They’re giving us the creative freedom necessary to do the trilogy project I’ve envisioned for the past few years. It’s going to be great fun for all of us involved and we hope our fans will enjoy listening to it as much as we plan to enjoy creating and recording it.”

Ecstatic to have the band on his label, Frontiers Music Srl President Serafino Perugino comments, “As a long time fan of Geoff Tate and Operation: Mindcrime (the album), I am truly honored that he decided to sign with my label to give a home to his forthcoming trilogy. We look forward to release Operation: Mindcrime’s new music to the world!”

Tate, who has always enjoyed telling stories though his music, considers the creation of the forthcoming trilogy one of his biggest and most ambitious works to date.

“I tried to reduce the story and eventually got it down to 37 ideas that needed representing to complete the story,” comments Geoff. “I knew that one record wouldn’t cover it and that it would have to be a trilogy.”

Operation: Mindcrime, named after Queensryche’s epic concept album from 1988, recently entered the studio to begin recording the album that is expected to be released in the late Spring/early Summer of 2015.

Stay tuned for further details of the project in the months ahead.

All things Operation: Mindcrime” can be found on their official site at: operationmindcrime.com.