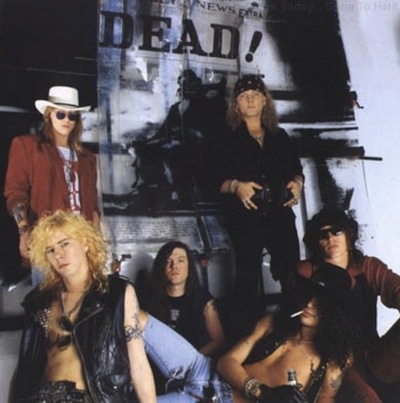 During a break in Guns N’ Roses’ years-long Use Your Illusion tour, singer Axl Rose was at his Malibu home with his two assistants when a moth got into the house. The assistants tried shooing it out, but it refused to leave, hovering instead by Rose’s dining-room chandelier.

Fed up, Rose told his first assistant, Craig Duswalt — Rose’s life was busy enough that his assistant required his own assistant — to “keep a close eye on it.” Rose ran upstairs and returned with “a long gun … a rifle maybe, or even a shotgun.”

Rose instructed Duswalt to bring him a chair and “positioned himself under the chair, lying on his back.” He then told Duswalt to “make [the moth] go into the corner” so that Rose didn’t shoot out the light.

Duswalt stood on a chair and batted the moth. He mentioned that he could probably reach it with a flyswatter, but Rose just laughed, saying, “Not going to happen.”

The new memoir Welcome To My Jungle features many of Duswalt’s road stories from 1991-1993, when Guns N’ Roses were the biggest band on the planet and Axl Rose was the world’s most worshiped rock star.

One of Duswalt’s main responsibilities was making sure that Rose got to the band’s shows. This was never easy, as Rose was infamous for being hours late to his own concerts, and sometimes for bailing altogether at the last minute if even the slightest thing upset him.

Just before a show in Buenos Aires for 80,000 people, Rose was already late — the rest of the band was at the venue — when he asked Duswalt to order dinner for him from room service.

Specifically, he asked for chili and cheese.

Duswalt quietly freaked out. Rose needed to leave within minutes, and chili and cheese was not a room-service menu item. Duswalt was aware that if Rose failed to get his exact order, he could bail on the show.

Duswalt called room service and, despite the language barrier, spent several minutes trying to describe “chili and cheese” to the man on the phone. The order took over an hour to arrive, with the road manager frantically paging Duswalt wondering where Rose was.

Finally, the meal arrived. The waiter brought it inside, ceremoniously lifted the lid, and presented to Duswalt “a block of cheddar cheese surrounded by six whole red-hot peppers.”

Terrified of the ramifications, Duswalt grabbed plates and glasses — including the incorrect order — and hurled them against the wall, “smashing them into a thousand pieces.”

Rose ran out of his room and asked, “What the hell is that?” Duswalt explained that the waiter had screwed up the order and said that he had become so enraged by the mistake that he “threw the plates at him in disgust.”

The singer, distracted from the screw-up with an explanation he could relate to, forgot about his dinner and left for the show.

Guns N’ Roses was one of the biggest rock bands of all time, and Rose quickly became used to the money and privilege that entailed.

While in France for a show, Rose bought then-girlfriend, supermodel Stephanie Seymour, who was then in New York, a stuffed elephant for her birthday. Rose had a crew member book the stuffed elephant its own seat on the Concorde — at an estimated cost of $10,000.

Such was Rose’s power that he didn’t even need to speak to get his way.

For a time, he became enamored with photography, carrying a camera everywhere. Following one show, his limo pulled out of the backstage area — thousands of fans clamoring for a peek inside — when Rose spotted one especially attractive fan and invited her back to his hotel.

The girl jumped in the limo and, “after an awkward moment of silence,” Rose began silently taking the girl’s picture.

She smiled for the camera, innocently at first, then progressively sexier and removed her clothes until she was naked. Rose never said a word. He just kept clicking the shutter, despite the fact that cameras back then held no more than 36 exposures. Duswalt estimates that Rose clicked the shutter around 300 times.

While on the road, crew members were required to keep their walkie-talkies on 24/7, in case a band member needed something. One night in Venezuela, Duswalt had his girlfriend with him — they’d been having problems due to her fears about his crazy rock ’n’ roll road life — when the walkie-talkie squawked at around 2 o’clock in the morning.

“I thought to myself it was probably [bassist] Duff [McKagan] wanting someone to get him a drink because he ran out of vodka,” he writes. But instead, and to his and his girlfriend’s dismay, they heard a man’s voice saying, “Gentleman, the ladies are here. Let the games begin.”

He jumped to shut off the walkie-talkie, but his now pissed-off girlfriend told him to leave it on.

The next sound they heard from the walkie-talkie was giggling; then, from the hallway, what sounded like a stampede.

Duswalt opened the door and saw “about 50 naked women right outside my door, walking down the hall.” The next day, he learned that “the promotor … thought it would be really cool and impressive to empty a whorehouse out and bring them all to the hotel via bus … naked.”

Nudity seems to be a theme of Guns N’ Roses lifestyle.

In Buenos Aires, Rose offered a few hundred dollars to any crew member who would “run naked in the streets in front of our hotel” — where hundreds of the band’s fans were camped out, hoping for a glimpse of their idols — and then “shake the hand of an Argentinian police officer.”

Tour photographer Gene Kirkland negotiated the fee up to $1,000, then accepted the offer.

After returning to his room to prepare, Kirkland emerged in the lobby wearing nothing but “a white bath towel and a tie.” Rose gave him the money, then pointed to a police officer stationed across the street — “the meanest-looking one,” writes Duswalt — as the one Kirkland should approach.

With the band, crew and hundreds of fans watching, Kirkland “pulled off his towel and ran naked across the hotel parking lot to the pre-chosen police officer. He approached the officer, smiling the entire time, reached his hand out and waited for a handshake . . . amazingly, [the officer] reached out and shook hands with Gene.”

Seconds later, though, two officers grabbed Kirkland’s arms, put him against the wall and began to frisk him — which was strange, since he was naked. After a few seconds, the officers could no longer contain their laughter. It had all been a set-up, and Rose was in on it — someone in the crew had paid the officers to go along with the charade.

Guns N’ Roses imploded in 1993, and so too did Duswalt’s job. He went into advertising and is now a motivational speaker. He looks back fondly on his days with the band and even hopes to one day get them to reunite for charity.

“My dream is to have the original lineup of Guns N’ Roses put their differences aside and get back together, even if only for one day, and play a set,” he writes. “I believe, with all my heart, that they will get back together again. I just have to ask nicely.” 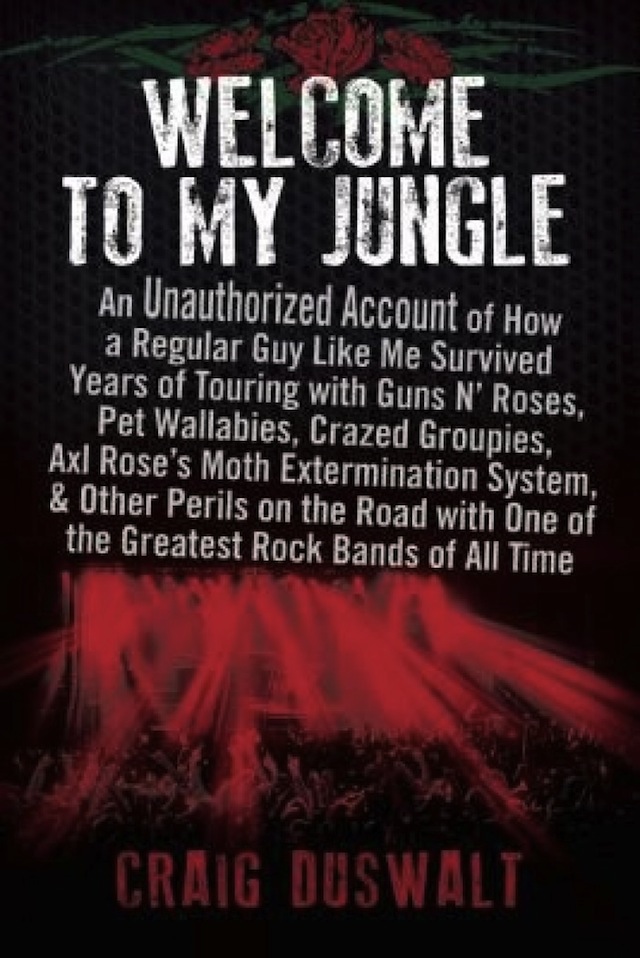 QUEENSRYCHE STARTS THE WRITING PROCESS FOR THEIR NEW ALBUM, TENTATIVELY DUE EARLY SUMMER 2015 ›