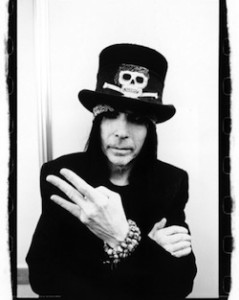 Motley Crue guitarist Mick Mars says he feels like “the most unpopular person on the planet” – but he aims to change that with his solo career.

He insists he has a lot to prove once the veterans bow out with their final show on New Year’s Eve. And his first releases are likely to be an album and a book that focuses on his own take on his career, following 2001 Crue bestseller The Dirt.

Mars tells Classic Rock’s Dave Ling, “It’ll be a hard rock record, but it’s tough to categorize. It’s not metal. It’ll make your hair fly back in the breeze.”

He says of the book, “It won’t be anything like The Dirt. After 30 years of being suppressed, I’m going to be bringing out a lot of shit.”

The guitarist doesn’t think any of his family read the first title. Asked why not, he replied, “When I was sick, everyone but my parents abandoned me. I’m talking about my siblings – I was begging for help and basically they told me to go f–k myself. I haven’t seen any of my family in 11 or 12 years, except for my son.”

He has to focus on music because his ankylosing spondylitis makes his other interests, like driving and golf, too difficult to follow. “I can’t drive my car any more, or hop on my bike,” he says. “I can’t go out for a putt. So the answer is nothing. Music is all I do.”

But Mars insists he can persevere to prove his points. “I was driven to make it in the music world. And to this day I will not give up on anything.”

The full interview appears in the current edition of Classic Rock, on sale now in print, digital and via TeamRock+.