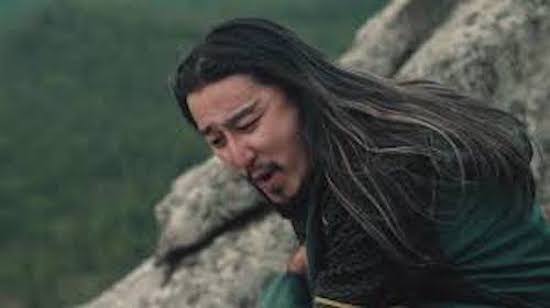 Dana’s ed note: Normally I only report on bands that fit with Eddie’s classic hard rock/heavy metal format. However, I saw that this band is making a buzz, and while it may not be everyone’s cup of tea, it is certainly interesting and unique.  It reminds me of Tibetian monk chants, almost hypnotic, enjoy…

A band from Mongolia that blends…guitars of heavy metal and traditional Mongolian guttural singing has picked up 7 million views for its two videos.

Leather jackets, skull rings and bandanas alongside intricately carved Mongolian horsehead fiddles are just some of the images in the first two music videos the Mongolian band The Hu released on YouTube this fall. Excited listeners from around the globe have posted comments like “This makes me want to ride a horse and shoot people with a bow” and “This sounds like ancient mongol rock of 1000 b.c. Really badass!” (sic)

And yet what The Hu is doing, while new, comes out of a tradition that began several decades ago when Mongolia transitioned from a satellite of the Soviet Union to a democracy.

“Mongolians are not just taking elements from Western music and just copying and pasting,” says Stokes. Instead, they’re actually using some of these elements and making their own authentic music.

It also involves singing in a guttural way known as throat singing while throwing heads back and forth reminiscent of the head banging of ’80s heavy metal bands like Metallica. Those who study Mongolian music believe one reason The Hu has proved so popular with outsiders is this combining of modern and historical and Eastern and Western elements.

The Hu call their style “Hunnu rock” — from the Mongolian root word for human being: “Hu.” The band spent seven years putting together their first album, which they expect to release this spring. They plan to call it Gereg, the name for a diplomatic passport used during the time of Genghis Khan. For the album, the idea was to find, study and incorporate as much of Mongolia’s musical culture as they could into a rock style, says the band’s 52-year-old producer and songwriter, B. Dashdong who goes by “Dashka…”

…”We wanted to come up with our own thing that we can offer to this big music family. Make something new,” says Dashka, who spoke through a translator via Skype.

…The four members of The Hu all learned to play traditional Mongolian instruments at the Mongolian State Conservatory. The oldest in the group, G. Nyamjantsan, who goes by “Jaya,” 35, still teaches at the conservatory. N. Temuulen aka “Temka,” 28, who plays the Mongolian guitar, says their international popularity was something they expected — but not in the millions.

“When we do this, we try to spiritually express this beautiful thing about Mongolian music. We think we will talk to everyone’s soul through our music,” says Temka through a translator. “But we didn’t expect this fast, people just popping up everywhere.”

They aren’t quite sure how it happened. Hutchins has an idea. He believes part of the appeal of bands like The Hu is the way he believes the story of Mongolia has been written in the West. Nomadism and horse culture has been romanticized, and the emphasis on freedom and heroes tends to appeal to the stereotypical male heavy metal fan.

“There is a kind of exoticism to Mongolia,” says Hutchins. Mongolia “is at once a community and a culture that is part of Asia and Europe at the same time…”

Watch video’s for The Hu’s, Wolf Totem, and Yuve Yuve Yu, which tranlates to “What’s going on?”, below