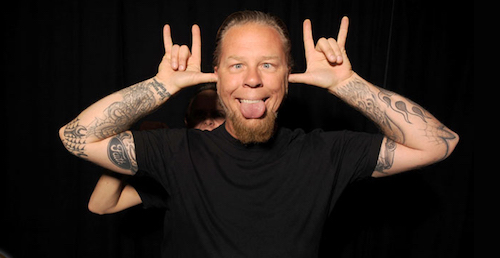 Metallica frontman James Hatfield spoke with Canada’s The Globe and Mail explaining why he has ditched instagram, and how social media can be both a blessing and a curse. Watch the video below.

In other Metallica news, their new album, Hardwired … to Self-Destruct, is on track to sell in the neighborhood of 300,000 units — more than 280,000 of which appear to be physical sales — which puts them on course for a Number one debut on next week’s chart. Hardwired‘s chart-topping act will mark Metallica’s sixth Number one album.