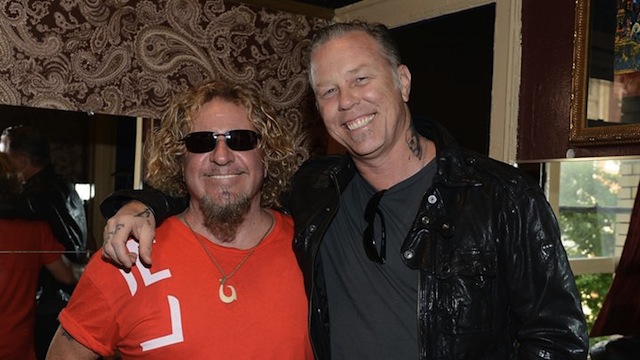 Tickets for Acoustic-4-A-Cure, which promises “once-in-a-lifetime musical moments, duets, jams and surprise guests planned,” will go on sale April 10th at 10 a.m. PST at Live Nation. The event was co-created by Hagar and Hetfield, both Bay Area residents, to raise needed funds and awareness for the Pediatric Cancer Program at UCSF Benioff Children’s Hospital. Check out the concert’s official site for more details.

‹ GUITARIST RITCHIE BLACKMORE REPORTEDLY IN TALKS FOR A RAINBOW REUNION