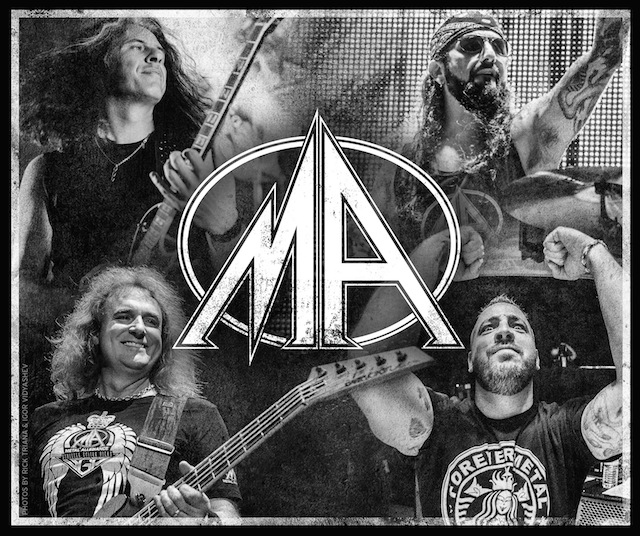 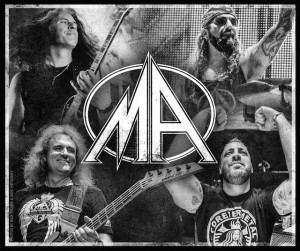 The standard edition CD of Metal Allegiance will feature the 9 original songs. A digipak edition will be available that features an all-star tribute to Ronnie James Dio with a cover of his classic song “We Rock” as well as a 45 minute behind-the-scenes documentary on the making of the album. A double vinyl version will also be available that will feature all 10 songs. Physical CD bundles are available through the Nuclear Blast store.

Metal Allegiance will be airing weekly webisodes every Wednesday up until the album’s release date. The webisodes offer fans an inside look at the creation of Metal Allegiance and the unique collaboration by hard rock and heavy metal’s most notable performers. The first webisode features a look at album opener “Gift Of Pain” and webisode #2 showcasing “Let Darkness Fall” can both be seen below.

Stemming from an initial idea in 2011, Metal Allegiance was born as a way to unite a collection of hard rock and heavy metal’s most notable musicians in a setting born under one ideal- a love of music and performing. In 2015, that ideal still holds true and has become the foundation for everything Metal Allegiance; furthered with the release of the upcoming debut album. While the lineup may change, the passion, the energy and the emotion all remain the same. Metal Allegiance is more than just a record or a concert, it’s an experience and a lifestyle.

Metal Allegiance on the web:

‹ ANTHRAX PUT NEW MATERIAL ON HOLD, AS DRUMMER CHARLIE BENANTE WORKS ON THE 30TH ANNIVERSARY OF “SPREADING THE DISEASE”