MASTODON GUITARIST SAYS JUDAS PRIEST IS NOT A HEAVY METAL BAND, BUT A CLASSIC ROCK BAND 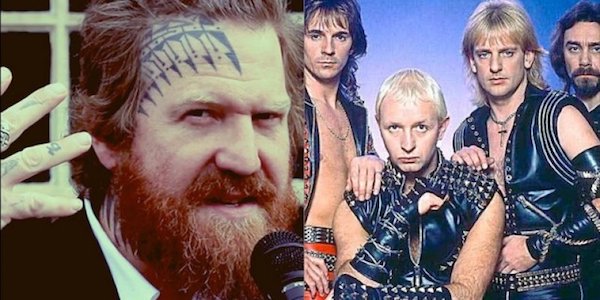 Mastodon guitarist and singer, Brent Hinds, spoke in an interview with The Jasta Show and claimed that Judas Priest is not metal band.

He said that “Judas Priest is more of a classic rock band.” Here’s the statement:“Oh my god, I’m the worst at interviews. Most of the time I have to call the journalists and beg them to let me do another interview.

Man, I try my hardest not do them wrong. I try to avoid them like the plague, honestly. But I do them from time to time, especially for good friends around Christmas time. That’s the problem right there with interviews – they’re taking my s–t out of context a lot.

I don’t think… I wasn’t meaning any harm by it. I was just stating my opinion, man, of it. For me, my opinion is that Judas Priest is more of a classic rock band.

*starts singing, You’ve Got Another Thing Comin*, “You know, these songs are like a couple of chords chunked together. More of a classic rock…”

Back in March 2017, he talked with The Jasta Show and said:

“Judas Priest is not metal, people, it’s rock ‘n’ motherf–kin’ roll! Who in their right mind that has a brain in their head thinks that Judas Priest sounds like a metal band?”

“To me, that’s just hard rock ‘n’ roll. I’m not buying into that. I heard all Judas Priest songs, I went on tour with them, I know them all personally, they’re amazing people.

They truly think they’re metal gods, like Rob Halford’s like, ‘I’m a metal god.’ That’s weird to say, but whatever. [Chuckles] Like, just don’t say it, it just makes you sound weird when you say it.”