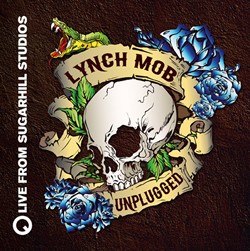 This episode was recorded while Lynch Mob was touring in support of their album Sound Mountain Sessions released on Rat Pak Records. The band performs smokin’, soulful versions of their hits Wicked Sensation, River Of Love, Where Do You Sleep At Night and All I Want.

‹ GUITARIST GARY HOLT SAYS HE WILL NOT QUIT EXODUS FOR SLAYER