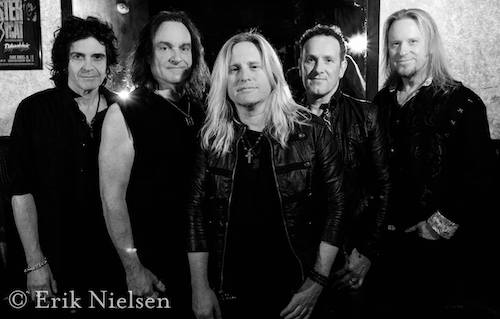 Last In Line, the band featuring former Dio band members Vivian Campbell (guitar) and Vinny Appice (drums) along side singer Andrew Freeman have released a lyric video for the song, Already Dead. The band posts that they have posted it to celebrate the beginning of their Heavy Crown tour this week. Watch the clip below.

Joining Last In Line on their tour dates is bassist Phil Soussan, who replaces the late Jimmy Bain, and keyboardist Erik Norlander.

Last In Line Heavy Crown tour dates are as follows:

Last In Line’s Heavy Crown was released on February 19th, 2016 through Frontiers Records.

ACCEPT TO RELEASE “RESTLESS AND LIVE” EARLY NEXT YEAR ›