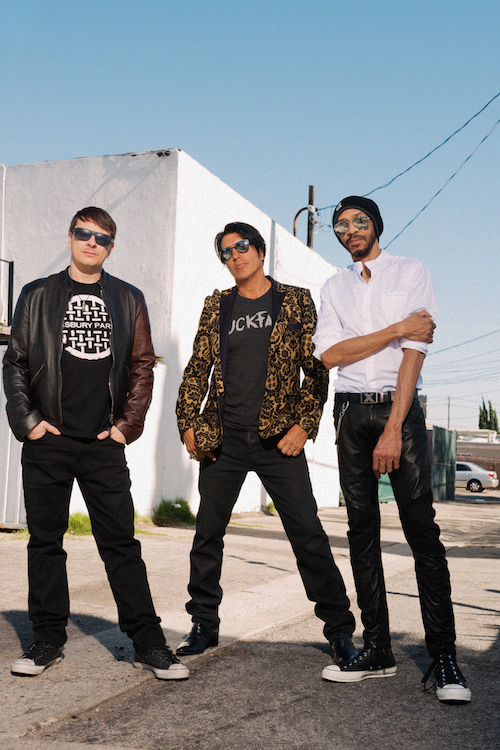 Building upon the success of their 2014 self-titled debut, KXM returns with their sophomore album Scatterbrain. The new album is scheduled for release on March 17th through Rat Pak Records. Scatterbrain is currently available for pre-order via the Rat Pak Records website in various bundles including signed CD’s and t-shirts. All fans who pre-order the album through the Rat Pak website will be entered to win a one-of-a-kind custom guitar as well as other prizes. The pre-order is available by clicking here.

KXM is comprised of dUg Pinnick of King’s X on vocals/bass, George Lynch of Lynch Mob/Dokken on guitars and Ray Luzier of Korn on drums. Scatterbrain features 13 brand new tracks and was recorded at the Steakhouse studio in North Hollywood California. The album was produced by Chris “The Wizard” Collier (Flotsam & Jetsam/Prong/Last In Line) who also produced the band’s 2014 debut.

From the infectious riff of the album opener Scatterbrain to the outro of Angel, KXM have created something truly special and musically diverse. Songs like Breakout, Calypso, and True Deceivers are sonically different from each other taking the listener on a musical journey. Scatterbrain is thematically a darker record than the debut. The album builds upon the developed KXM rock sound but this time includes some different dynamics drawing inspiration from prog, ska, punk and metal. Through it all, it remains undeniably KXM.

KXM formed in early 2013 when dUg, George and Ray spoke about trying to jam together. At the time it wasn’t clear what would come from those jams. The only thing that was clear was that these three musicians, at the top of their game, wanted to play together. The self-titled debut, KXM, was released on March 11th, 2014 and debuted at #31 on the Billboard 200. The band takes its name from the combination of the member’s other projects: K from Korn, X from King’s X and M from Lynch Mob. In a world that constantly searches for new and unique music, KXM delivers all the power and punch that one would expect from these high level players.