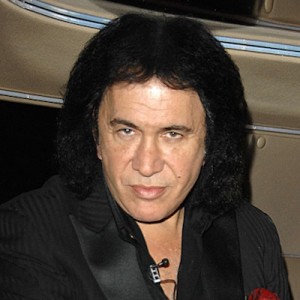 KISS bassist Gene Simmons granted a dying teenager’s wish by visiting him in his hospital bed.

The bassist and singer spent time with 17-year-old Dilan Kohn at the Pediatric Intensive Care Unit (PICU) at the Children’s Hospital of Nevada in Las Vegas last week. Dilan died a few days after Simmons’ visit, but staff have thanked him for making the youngster’s dream come true.

A statement from staff at University Medical Center, where the Children’s Hospital is based, says: “Last week, one of our patients, Dilan Kohn, got his final wish. The critically ill 17-year-old desperately wanted to meet and hang out with the rock’n’roll musician, Gene Simmons, from the band Kiss.

“Mr Simmons had not only been Dilan’s idol, but also his inspiration growing up. Mr Simmons was sent an email request last Thursday afternoon and flew into Vegas the next morning. He showed up with a big bag full of signed memorabilia just for Dilan.

“The two hung out, shared stories and laughed together for well over an hour while staff looked on with tears in their eyes. Thank you Mr Simmons for making this wish come true just in time.

Simmons shared the hospital’s statement on his own Facebook page. 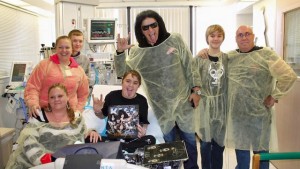