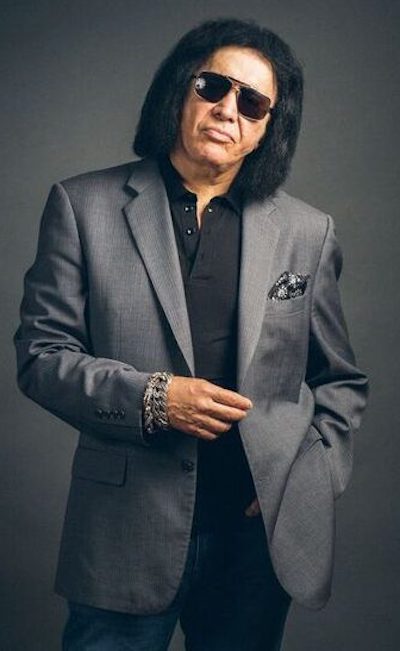 During a May 7th Facebook Live chat with Scott Brown, the United States ambassador to New Zealand and Samoa, KISS bassist/vocalist Gene Simmons was asked when the band plans to resume its End Of The Road farewell tour.

He responded (as per blabbermouth.net): “First and foremost, it doesn’t matter about me, me, me and the band and all that stuff. The most important thing is to keep you guys safe, ’cause we love you. Without the fans, we’re nothing and we’re nobody. I’d be asking you, if you were next in line, if you’d like some fries with that. In fact, that person is cooler than I will ever be. So it’s less about self-aggrandizement and more about we are going out there once it’s safe. Once we have a vaccine out there and the scientists — not the politicians — are telling us, ‘Okay, open the doors. Celebrate life. Go out there and enjoy yourself.’ Then we’re going out there…”

He was then asked if there is a certain number of people that he would feel comfortable performing in front of once the coronavirus pandemic has subsided. He replied: “There are different rules [for different regions]. There are more people in Los Angeles county than there are people living in Australia — 28 million, something like that, in the county. There are more people than New Zealand. L.A. specifically, and New York specifically, especially New York, people are on top of each other. There are so many people, it’s difficult when you’re in an apartment building to come out of anywhere and keep social distancing — it’s almost impossible. So we have to figure this out — the scientists and the politicians, and hopefully they’ll get together. [There should be] New York rules, London rules, Paris rules, Tokyo rules… There are more people in Tokyo than these other cities, where everybody is in large buildings packed in together. Never mind India and China, where you have a billion and three hundred million people and a billion and four hundred million people packed into one country. Those are different kinds of rules — and should be — than rules in New Zealand, where you have lots of clean, fresh air and distancing between the people. So I would urge all politicians…I hope the politicians and the scientists get together and understand there needs to be different sets of laws depending on how closely packed we are to each other. You don’t have to be a genius to figure that out.”

Simmons also revealed that the band is working on a coffee-table book of concert posters spanning the band’s entire five-decade existence.

He said it will be “…[A] huge coffee table book. I mean, as big as we can get it, and it’s posters from 1973 until 2020. And these are original posters — KISS posters from the very beginning.”

He continued, It’s interesting historically. When you go back, some of the bands we took out on their first tours. So you’ll see ‘KISS‘ with the faces, and you’ll see little ‘AC/DC’. See ‘KISS’ and little ‘Rush’; these are all bands we took out on their first tour. Bon Jovi, Mötley Crüe, Judas Priest, Iron Maiden, Scorpions— you name it — we took ’em on their first tour. Not because it’s about, ‘Hey, we know stuff.’ We’re fans too. When you hear something that’s good, you say, ‘Hey, that’s kind of cool.’ And if you have the power — somebody gave us a chance to get up there — carry it forward; pass it forward; give somebody else a chance to get up there. We weren’t some of those a–holes who would pull down the volume when the opening act [is on]. That’s all nonsense. You wanna use all the lights and all the sound? Go for it. Just be as good as you can be, ’cause that makes the whole night better. And if fans love the whole night…? Who wants a stinky band opening the show? C’mon.”