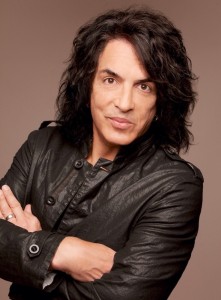 As the controversy rages among KISS fans over whether Tommy Thayer and Eric Singer should wear the makeup made famous by Ace Frehley and Peter Criss, Paul Stanley defended his band by saying that the answer is simple. In a new interview, he said KISS own the rights to their “Spaceman” and “Catman” characters, which they bought from the former members for a song.

Speaking to Australia’s 4KQ, Stanley said, “The guys basically sold it off for, you know, not a whole lot, because they didn’t think it was worth anything. Quite honestly, I’ve always thought our image and what we represent is priceless. It didn’t matter to some people — it truly matters to me.”

Stanley added that being in a band is no different from being an athlete on a team, where lineup changes are natural with the passage of time. “If somebody is out, somebody else comes along,” he said. “I don’t think that when you go to see your favorite team, you’re yelling that you want to see somebody who was in the team 20 years ago. Time moves on, but the team lives on. … I didn’t invent the wheel. Somebody is out there who can come in and take my place. … I don’t see a reason for the band to fold, any more than I can see a reason for a team to fold.”

‹ 10/5: BACK FROM CA, LIVE TONIGHT ON SIRIUSXM WITH TODD LATORRE OF QUEENSRYCHE