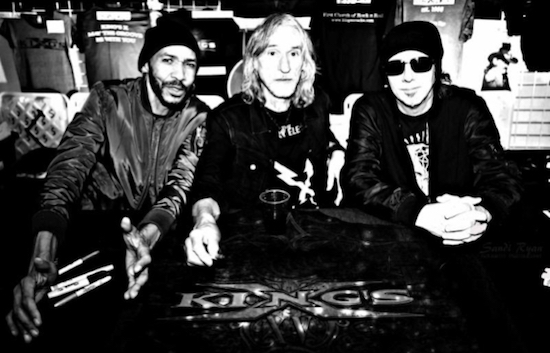 King’s X has been forced to cancel its European tour due to a “family emergency.”

The band has posted the following message on their Facebook page:

“It is with our deepest apologies, that we must announce that due to a family emergency, King’s X will be cancelling their upcoming European Tour, including their appearance at the Veruno Prog Rock Festival in Italy. We are truly heartbroken that we will not be able to see all of our European fans, as we have been clamouring for these dates since we announced them. We would like the fans and all those concerned to know the band are ok, and to respect the band’s privacy and please give them some time. We are doing everything in our power to reschedule the tour for 2020. (More news to come).

Tickets will remain valid for the new dates or refunds can be obtained from the point of sale.”

King’s X European tour was expected to begin on September 6th in Germany and end on September 29th in England.

The band was signed to Australian independent record label Golden Robot Records in 2018.

‹ WILL ROCK BECOME EXTINCT ONCE THE LEGENDS DIE OFF?