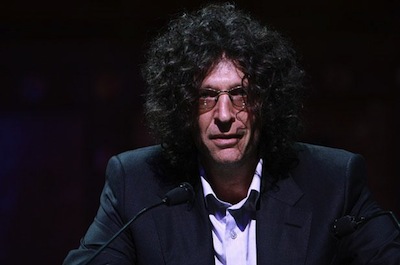 Rockers Jon Bon Jovi, Steven Tyler and John Fogerty will all perform at Howard Stern’s Birthday Bash. Presented by SiriusXM and hosted by Jimmy Kimmel, the show will take place at the Hammerstein Ballroom. Stern’s actual birthday was this past weekend, Jan. 12th.

Other’s honoring Stern include David Letterman and comedian Louis C.K. Said The Howard Stern Show host on a recent episode: “I am very excited to see Jon and thank him for that. And also one of my heroes will perform that night — one of the all-time greats. … A guy whose every record I bought when he was in Creedence Clearwater Revival, and later his solo stuff. John Fogerty will come by to perform two great songs. I won’t say what the songs are, [but] we’re really excited about that.”

Stern had previously announced that Tyler would make an appearance but did not divulge what the Aerosmith frontman has planned.

“He’s going to be performing with someone very special,” said Stern. “There’s a lot of superstars coming, but I am a huge, huge fan of Aerosmith’s and of Steven’s. I love the way he interprets a song, and to have him there that night performing is fantastic.”