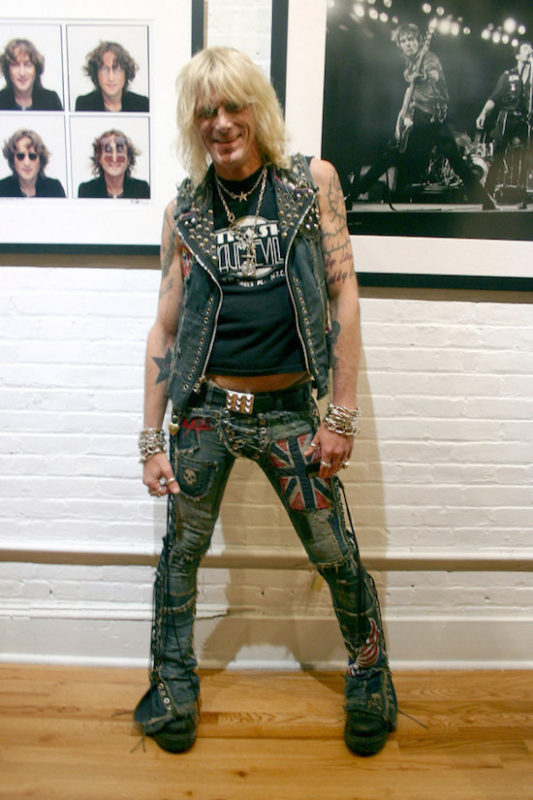 Jimmy Webb, a downtown fixture and enthusiastic salesman, and buyer, at iconic East Village rocker fashion haven Trash and Vaudeville, has died, his longtime friends confirm. He was 62.

“We are all going to miss our wonderful friend Jimmy Webb,” Debbie Harry, 74, legendary Blondie frontwoman, and Webb muse, told The Post. “There goes a lovely unique NYC character. I feel lucky to have known him.”

Webb had been a stylist at Trash and Vaudeville, a store he dubbed “rock-and-roll heaven,”…and had become known as the face of the brand before opening his own boutique, I Need More, on the Lower East Side this year…

…This past February, Webb held what amounted to a last hurrah. At his shop I Need More — named for a song by Iggy Pop — he had two squares of tile removed from the floor so that Pop and Harry could make like Hollywood stars and lay their handprints in plaster. The event was a who’s who of rock n’ roll royalty. Duff McKagan, David Johansen and Henry Rollins were among those in attendance.

“I flew out from LA; I had to be there for Jimmy,” Rollins, 59, told The Post. “He was not doing well, and I had no doubt that it would be my last time seeing him. Cancer is a hell of a thing…”

Tributes from friends came in on Tuesday including Skid Row frontman Sebastian Bach, 52. “Jimmy Webb was a great friend of mine,” he tweeted on Tuesday. “I bought every pair of Cuban heeled boots that I wore from 1987-2011 at Trash & Vaudeville from Jimmy. Rest in peace brother we will miss you. You came from the time of true rock and roll…”

…A true eccentric and authentic punk rocker, the Wynantskill, New York, native was responsible for styling some of the greats he called his friends, including KISS guitarist Ace Frehley, Blondie and Iggy Pop…

…“I don’t feel sure of many things in life, but I’m sure of two: I’ll be in New York forever, and I’m never leaving Trash and Vaudeville,” he told The New Yorker in 2007. “I want to have them stuff me like — what’s it called? — taxidermy, and put me in a corner. They can rig it so someone can pull a string and I’ll say, ‘You rock,’ or ‘Tighter, tighter, those pants need to be tighter’ — the things I say every day.”

WHAT IF PAUL DI’ANNO HAD REMAINED IN IRON MAIDEN? ›